Assam: Traders down shutters at Demow in protest against bloodbath 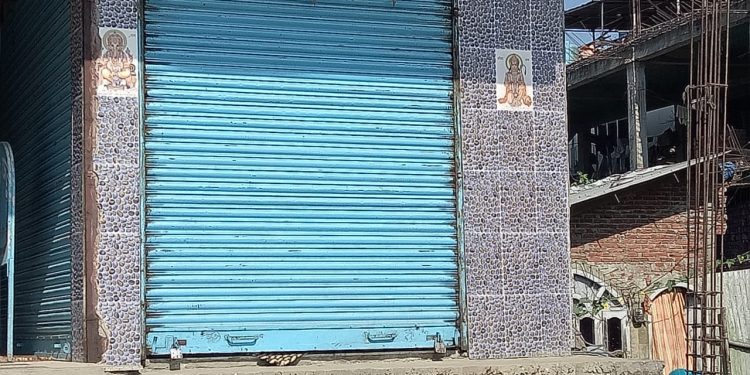 All business establishments remained closed on Friday at Demow in Sivasagar district of eastern Assam in protest against the killing of two Hindi speaking people at Demow.

On Thursday evening, two persons were killed in a high intensity blast inside a hardware shop at Demow.

Anup Gupta and Kamal Agarwalla, owner of the hardware shop were killed in the blast.

Anup Gupta died on the spot while Kamal Agarwalla succumbed to his injuries at Assam Medical College and Hospital in Dibrugarh.

The incident shocked the entire business community at Demow.

According to sources, two months back Manglu Agarwalla, younger brother of Kamal Agarwalla assisted the police to nab two ULFA-I linkman from Demow petrol pump when they came to collect extortion money from Manglu Agarwalla. After the incident police protection was given to Manglu Agarwalla.

Sources said a four member ULFA-I team has sneaked into Sivasagar district through Charaideo district. It is suspected that the group has executed Thursday’s blast at Demow.

According to police source, during the past several days the group has collected information about Agarwalla’s shop and planned the blast. It is suspected that an Improvised Explosive Device(IED) was planted near his shop in a very organised way.

Kamal Agarwalla was very popular among the people in Demow and had a very good relationship with the local people.