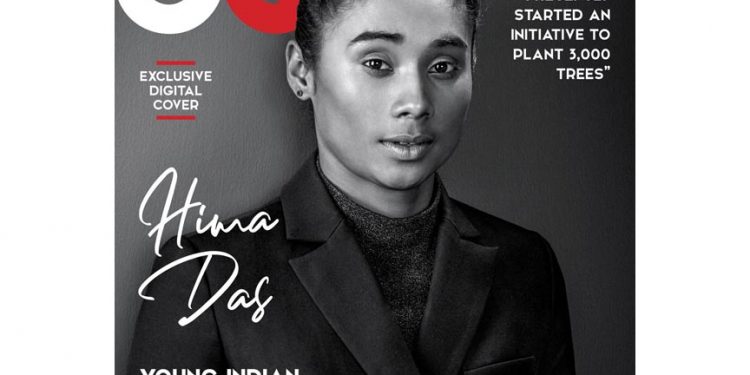 Sprint sensation from Assam, Hima Das who has been creating waves lately graces the cover of the prestigious GQ India magazine.

She graces the October cover of the issue.

She was also conferred the Young Indian of the Year Award by GQ India recently.

After her medal wins in the Asian games Hima has been on under the spotlight since. She received the Arjuna Award from President Ram Nath Kovind during a function at the Rashtrapati Bhavan on Tuesday.

She  is the fifth Arjuna Award winner player from Assam

The 19-year-old girl from Dhing in Assam’s Nagaon district won one gold and two silver medals at the recently held Asian Games in Indonesia’s Jakarta.

Junior World Champion and Asian Games medalist Hima trained in the lush green rice fields of Dhing and then touched dizzying heights of success at Tampere in Finland when she became the only Indian athlete to have won gold at an international event – at the IAAF World Under-20 Athletics Championships.