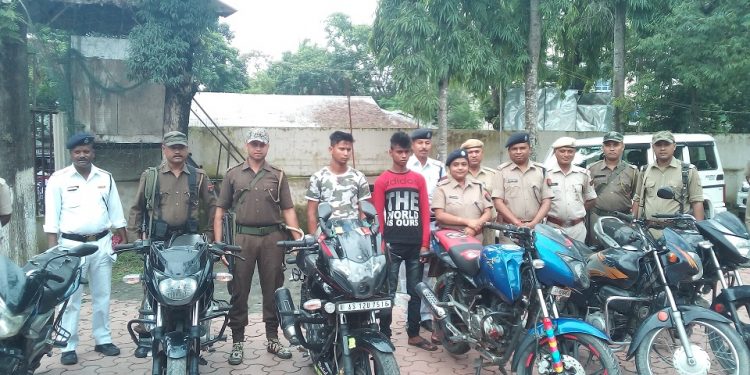 The two most wanted bike lifters were arrested from Thelamara-Khagorijan area under Thelamara police station in the district by a police party led by Sonitpur superintendent of police Kumar Sanjit Krishna.

The accused have been identified as Ikramul Hussain and Moinul Islam of the area. Altogether seven bikes lifted from various places were also recovered from their residence.

The two bike lifters who have a big network with Dimapur in Nagaland have been unleashing a reign of terror in entire Sonitpur district by lifting two wheelers from various areas including Misamari, Thelamara, Tezpur, Rangapara etc.