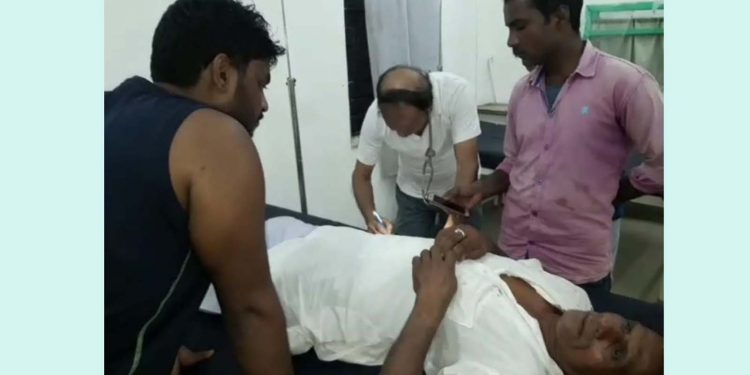 A 65-year-old was hospitalized after being attacked by three youths at Majbasti in Assam’s West Karbi Anglong district on Tuesday evening.

According to information, the sexagenerian was attacked over a land dispute.

The victim, Singhason Singh, was attacked by three youths while he was on his way home on a motorbike from Kheroni in West Karbi Anglong district.

The attackers have been identified as Dhanji Singh, Sontosh Singh and Bablu Chauhan.

Singhason was attacked with lathis and dao in which he was seriously injured.

Kheroni police on getting information immediately rushed to the spot and took him to the hospital.

However, the youths managed to escape.

He is currently undergoing treatment at Hum Hosiptal in Hojai.

Singhason Singh has filed an FIR against the trio at the Kheroni Police Station.

The police are investigating into the case.