Assam: Priyanka Gandhi to participate in roadshow at Silchar today 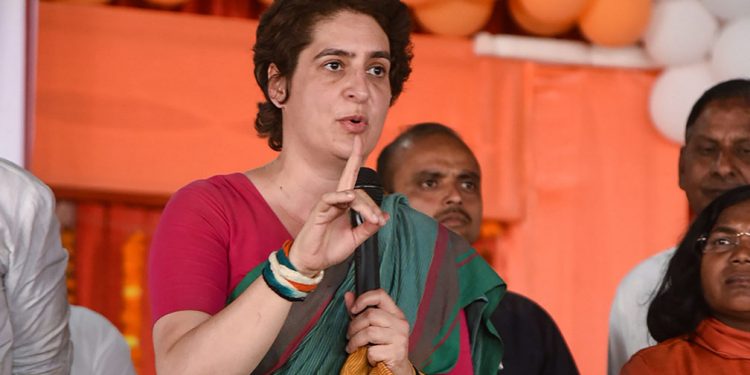 It has been earlier reported that the supporters of the Congress from different parts of Assam have sought Priyanka Gandhi Vadra to visit Assam and campaign for party candidates in the state for the Lok Sabha polls.

In Silchar parliamentary constituency, the Congress has fielded sitting MP and All India Mahila Congress president Sushmita Dev as the party candidate.

Besides Congress’ national president Rahul Gandhi, another star campaigner of the party, Navjot Singh Siddhu has already campaigned for dev in Silchar.

The Congress has announced that if the Congress comes to power and Dev is re-elected as an MP, she will be given ministerial berth in the Congress-led ministry at the Centre.

According to reports, Priyanka Gandhi Vadra will address an election campaign rally for the Silchar candidate Susmita Dev for the second phase of Lok Sabha election.

The roadshow is scheduled to begin from 10 am in the morning.