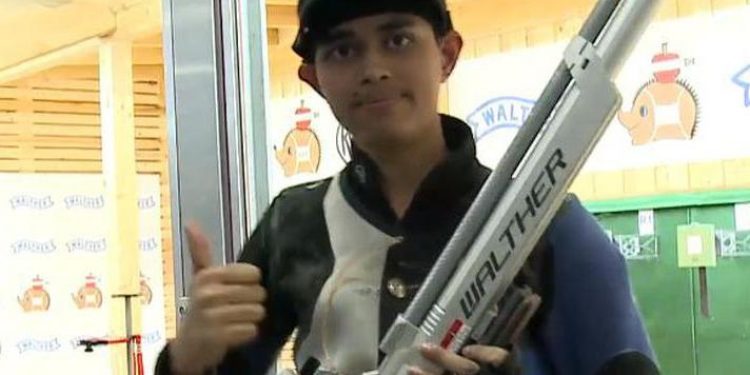 The international shooting competition was held at Plzen, a city in Czech Republic.

The shooting sensation of Assam secured the third rank by scoring a total point of 228.2 in the finals.

Hazarika scored a total of 627.2 points in the qualification round of the shooting competition.

A total of 130 players had played in the qualification round of 10 metre air rifle (men) shooting in the international tournament.

Among these players, only eight of them including Hazarika were selected for the final round.

The 16- year- old has also bagged a gold medal at Junior ISSF World Cup 2018 in Germany. He currently holds the third position in senior national rankings of shooting after bagging a gold medal at the World Championships in South Korea.

He had also participated in various shooting championships in Delhi, Germany, Japan, South Korea and Iran.

His journey of shooting started in 2013 after his father enrolled him at Sankardev College in Lakhimpur district where he trained in 10 metre air rifle shooting.