Assam: Over Rs 2 lakh seized in Kharupetia ahead of polls

The amount of Rs 2, 50,000 was seized from a local trader of Dalgaon in Darrang district 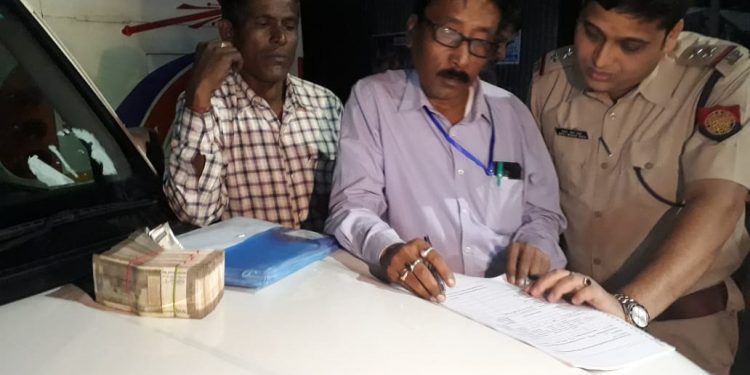 The flying squad operating in Dalgaon Legislative Assembly Constituency (LAC) area in Darrang district seized Rs 2, 50,000 on Tuesday evening from a local trader Hamidur Rahman just ahead of the polls.

Yuvaraj Borthakur, circle officer, Dalgaon Revenue Circle, who was leading the squad, informed that the amount was seized from a Scorpio vehicle bearing the registration No – AS13G 9211.

The vehicle is owned by Hamidur Rahman, a resident of Baigormari area under Kharupetia Police Station.

The vehicle was intercepted near the Assam Oil depot in Kharupetia at around 7 pm. Borthakur informed that the seized amount was handed over to the state exchequer circle officer.