There are stone, paan, coal and contract syndicates running in the state: Saikia 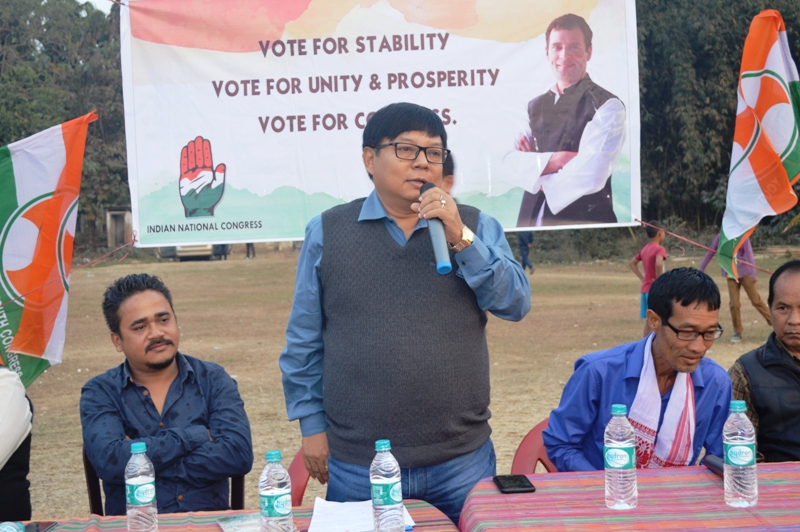 On the eve of the first phase of Lok Sabha polls, the opposition leader of the Assam Legislative Assembly, Debabrata Saikia alleged that the BJP was using funds collected from syndicates being run in the state to fight the ensuing general elections.

In Assam, five parliamentary constituencies will go to polls on Thursday (April 11).

The Lok Sabha constituencies where the polls will be held in the first phase are Lakhimpur, Tezpur, Jorhat, Dibrugarh and Kaliabor.

Saikia on Wednesday alleged that though the Sarbananda Sonowal-led BJP government in Assam has been continuously claiming that it has controlled corruption in the state, the BJP ministers and legislators of the saffron party are involved in syndicate-raaj, say media reports.

Saikia is also the leader of the Assam Congress Legislature Party (ACLP).

A Pratidin Time report quoted Saikia as saying: “The CM has been claiming of taking zero tolerance against corruption, but there are stone, coal, paan and contract syndicates continuously running in the State,” adding, “The party has been using the funds collected from syndicate in the elections.”

Coming down heavily on the BJP and chief minister Sarbananada Sonowal, the Congress leader further alleged that the syndicates in the state have been controlled from the office of the chief minister at Dispur.

He also reportedly alleged that and CM’s security adviser is controlling the Rashtriya Swayamsevak Sangh (RSS) from Room No. 13 and 14 of the Guwahati Circuit House.

Saikia also did not spare the Asom Gana Parishad (AGP), which has tied-up with the BJP to fight the Lok Sabha polls keeping aside its difference with the saffron party over the controversial Citizenship (Amendment) Bill, 2016.

While the AGP continues to say that it opposes the Citizenship Bill, the BJP in its poll manifesto announced that it would pass the Bill in the Parliament if it comes to power again.

The report quoted Saikia as saying: “It is really unfortunate for the Assamese community that the regional party has formed an alliance with the BJP, even after the national party said that it would bring CAB, if voted to power.”