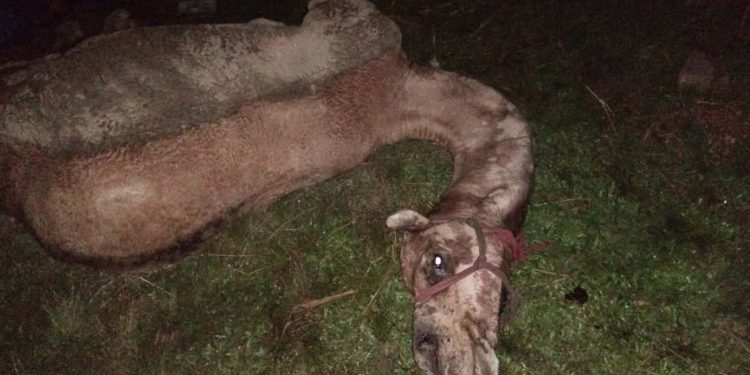 One of the six camels, which were transported to Assam for slaughtering on Bakri Eid and subsequently seized by Darrang police, died on Tuesday.

The five other camels are still waiting for a court order so that they could be taken to their natural habitat, Rajasthan.

The police of Dhula Police Station near Mangaldai in Darrang district seized the six camels from a market on August 10.

The locals suspected that the camels were brought for slaughtering on the eve of Bakri Eid.

“One of the camels died on Tuesday morning. I have been running from pillar to post since August 18 to secure the custody of the animals and take them back to Rajasthan,” Sujeet Choudhary, the State Animal Welfare officer of Rajasthan told Northeast Now on Tuesday.

“However, the delay in getting the custody and orders to ensure their return led to the death of one today,” added Choudhury.

Since their seizure on August 10, the animals have been kept under the open sky, which caused them to suffer in rains and heat at the two police stations.

No proper care could be ensured to them due to lack of knowledge about the camels among the veterinarians here.

Choudhary arrived Assam on August 18 after being intimated by the police.

He had filed a review petition in the district and sessions court at Mangaldai seeking the custody and orders to take the animals back to Rajasthan.

Although the court in its order on August 22 gave the custody to Choudhary, there was no mention of sending the animals back to Rajasthan.

Choudhary filed a fresh appeal on Monday urging the court to consider the earlier orders issued by the Supreme Court regarding protection of camels so that the surviving animals can be taken to Rajasthan.