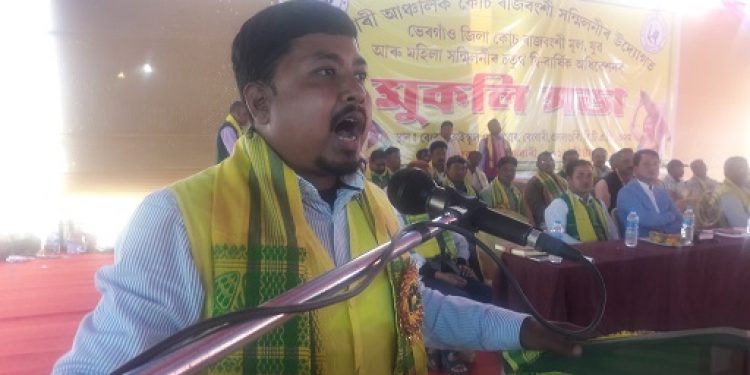 Speaking at the open session as appointed speaker, general secretary of All Koch-Rajbongshi Students’ Union(AKRSU), Ranjit Kumar Ray said, “Koch-Rajbongshi community possesses a distinct language, attire and culture including a rich-heritage and legacy.”

Ray making a clarion call to the people of the community stated that the community which assimilated themselves as being Assamese in Assam, Bengali in West Bengal, Bihari in Bihar and Nepali in Nepal should trace back to their origin roots of Koch-Rajbongshis of the historic Kamatapur state.

He further lamented the lackadaisical attitude of the successive governments in securing the rights of the community by granting ST status and Kamatapur state.

Earlier, the open session was inaugurated by president of All Koch-Rajbingshi Mahila Sanmilani, Chandra Singh Talukdar.

Speaking on the ocassion she said,”Koch-Rajbongshis have been betrayed and given lollipop of fake promises by every sucessive governments both in State and Centre.”