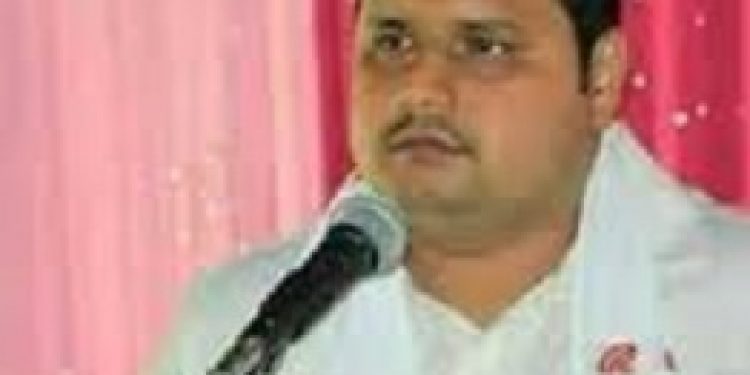 The AGP candidate (supported by BJP as part of a pre-poll arrangement) for Kaliabor Parliamentary Constituency Moni Madhab Mahanta has said that the Citizenship (Amendment) Bill, 2016 (CAB) is “not an issue in the forthcoming polls”.

“The real issue for the electorate is whether they will get a leader in Parliament who can best demonstrate their problems before the powers that be in New Delhi,” stated the young candidate.

Talking to Northeast Now on the sidelines of an election rally here on Tuesday, Mahanta said that the Congress was trying to keep the “CAB issue alive only to hide their failures and take people’s attention away from the more burning issues at hand”.

“I have full faith that the Narendra Modi-led BJP government in the Centre will not take any decision detrimental to the interests of the people of Assam. We have seen that the NDA government is very serious on implementing the Assam Accord,” the AGP-BJP candidate remarked.

Mahanta further informed that for the first time a Cabinet decision had been taken to form a committee for implementing Clause 6 of the Assam Accord which will “safeguard constitutional and cultural rights of all the ethnic people of the state”.

To buttress his statement, Mahanta said that even the union minister of state for home, Kiren Rijiju, has said that the “Citizenship Amendment Bill will never be implemented in Northeast even if it is executed in other parts of India”.

“Has Congress candidate Gaurav Gogoi from Kaliabor mentioned even once about rhino poaching which was going on merrily when the Tarun Gogoi government was in power? Has he ever mentioned about the Assam-Nagaland border row or how to go about as regards implementing the Assam Accord?” the young gun questioned.

Mahanta affirmed that industrialisation is the need of the hour in Kaliabor and the people did not elect sitting MP Gaurav Gogoi “to talk about Amethi and Raebareli in Parliament”.