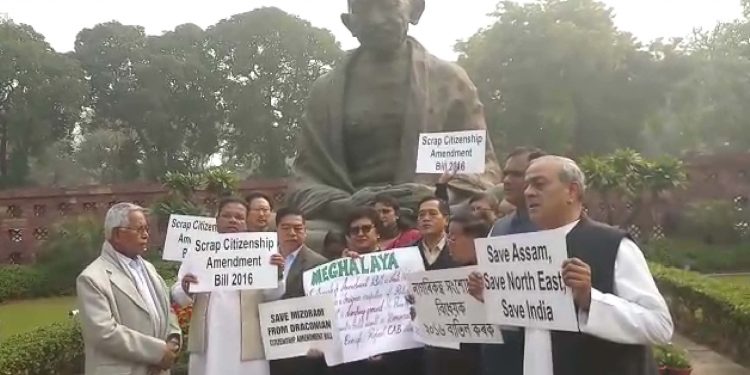 The Janata Dal (United) on Wednesday reiterated its stand on the contentious Citizenship (Amendment) Bill, 2016.

JD (U) leader KC Tyagi said that it will register its protest against the Bill in their election manifesto.

Giving this assurance to a delegation of All Assam Students Union (AASU) leaders in New Delhi, Tyagi said that his party will include the Citizenship Bill in their election manifesto scheduled to be released on April 14 next at Patna.

“We will protest against the Bill in our manifesto too,” said Tyagi. The JD (U) on earlier occasion too had opposed the Bill. “We (BJP and JD-U) may be in alliance, but we have a different stand on the Citizenship Bill,” said Tyagi.

The JD (U) also opposed the Bill when it was passed in the Lok Sabha by the Narendra Modi government. “The government can’t pass the Bill in the Rajya Sabha without our consent,” said Tyagi.

Days after BJP in its manifesto said that the party will try to pass the Citizenship Bill in the Parliament, a two-member AASU delegation including Samujjal Bhattacharya, chief advisor and Dipankar Nath, president, called on Tyagi and sought his party’s support against the Bill.

“This Bill is against the people of Assam. We will never allow the government to pass the Bill,” said Bhattacharya.

“We are thankful to Nitish Kumar’s JD (U) for taking the issue of Citizenship Bill seriously and we will continue to stand firm against this contentious Bill,” stated Nath.

The Citizenship Amendment Bill, 2016 seeks to amend the Citizenship Act, 1955, to make illegal migrants who are Hindus, Sikhs, Buddhists, Jains, Parsis and Christians from Afghanistan, Bangladesh and Pakistan, eligible for Indian citizenship.