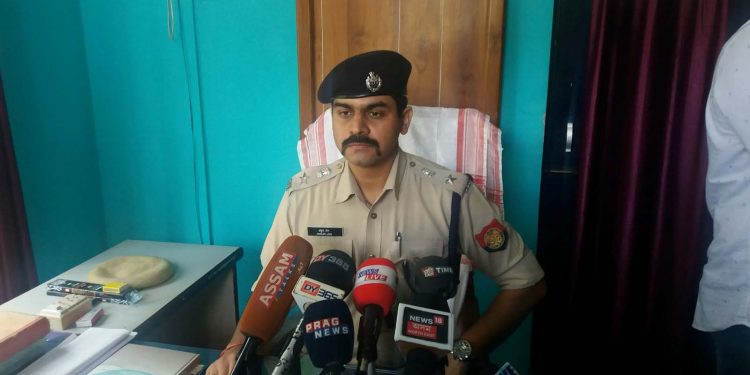 Two police constables in Assam’s Hojai district have been suspended from service after two separate videos, where they were seen taking bribes, went viral.

Hojai Police chief Jain said, “On Friday morning, our social media cell received a viral video. When we saw and analysed it, we noticed that one police constable from Udali Police Station, Abzal Hussain, was involved in taking illegal gratification from someone.”

He said, “Later on, our cell got another video in which one DSB constable, Atul Baniya, was seen indulged in taking illegal gratification.”

“Additional SP Suman Chakraborty is inquiring both the cases. The statements of both the victims as  well as the police constables are being recorded,” said Jain.

“Whoever is involved in this illegal activity will be punished as per law,” the SP asserted.

The SP said, “Hojai Police has a clear-cut motto of ‘Zero-Corruption’ and we are committed to it.”

He also informed that they are planning to install a complaint box in each police station of the district for public convenience.

“It will be easy for those, who don’t want to disclose their identity and out of fear don’t want to complain about their grievances,” the SP said.

Meanwhile, the SP informed that on the basis of specific intelligence inputs on Friday night, an SIT team carried out a search operation at Majumdar Drugs and Distributors in Doboka town.

The SP while lauding Prime Minister Narendra Modi’s Swachhata Abhiyan said on Saturday morning, a cleanliness drive was conducted by the district police along with NGOs and students of some schools and colleges.

He informed that on Monday, a procession will be taken out in Hojai where the masses would be made aware about the ill-effects of plastic and create a clean and green environment.

He appealed to the people to join hands to make it a success.

In context to the security arrangements during Durga Puja, Jaon said the police authorities are ready to conduct the puja in a smooth way.