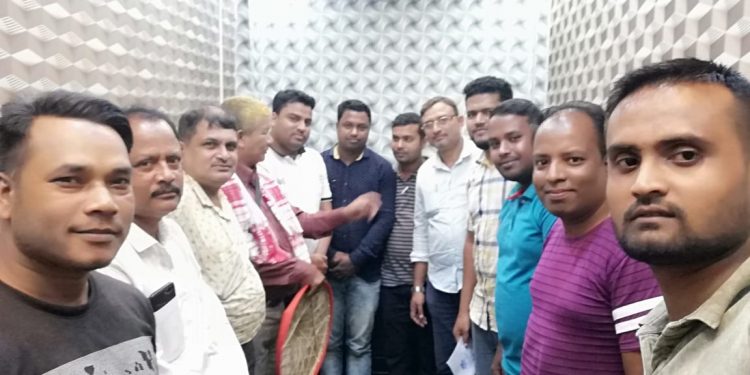 The unit under the name and style of ‘Nilbagan Anchalik Committee’ was formed at Nilbagan on Sunday evening.

Anam Hussain was selected as president and Basit Alom Choudhaury as secretary.

Five advisers were also being nominated.

Talking to this correspondent, Basit Alom Choudhaury on Monday expressed his happiness.

He said IPTA’s Nilbagan commiittee will provide platform to the artistes to explore their talents and more significantly will work to bridge the gap with theatre and locals.

“In coming days we will be organizing seminars and workshops at different places of the district to make people aware about IPTA and it’s working,” Choudhury added.