Assam: Himanta lashes out at Naba Sarania for ‘divisive politics’

‘Sarania raises the ST status issue only during polls’ 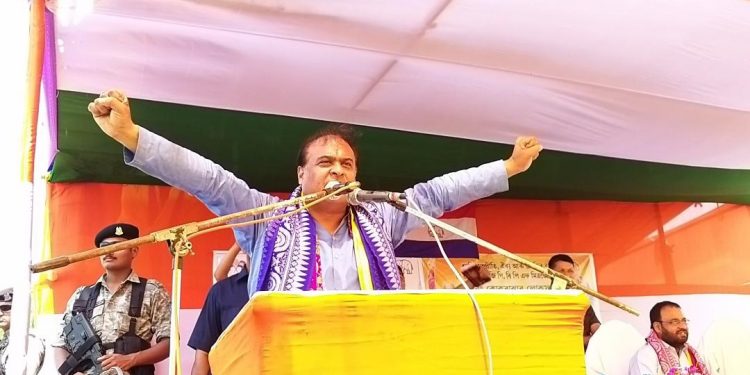 The finance minister of Assam, Himanta Biswa Sarma, lashed out at Kokrajhar MP Naba Kumar Sarania for his “divisive and communal politics”.

Sarania is an Independent candidate and is fighting the Lok Sabha elections with the support of OBoro Suraksha Samity.

Himanta was at Kalipukri in Kokrajhar to campaign for BPF leader Pramila Rani Brahma.

He said that Sarania raised the “ST status issue only during the time of polls. Otherwise, he remains silent when in power.”

Continuing his tirade, Himanta further stated, “Sarania is now raising the issue of bestowing ST status on six communities of Assam. He remained silent in the last five years and failed to raise the issue in the floor of Parliament even once.”