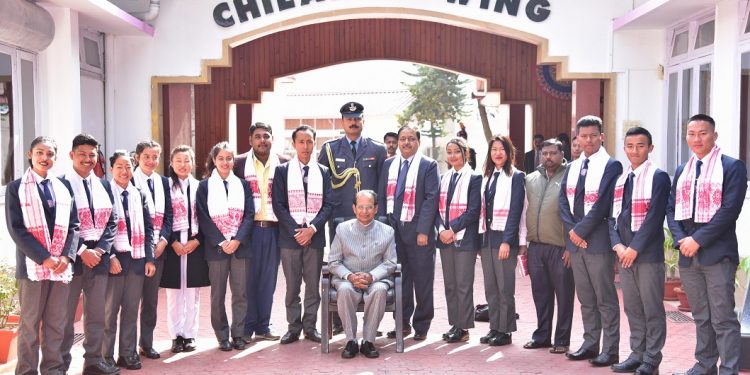 The Governor congratulated the contingent on being a part of the Republic Day celebrations. He said participation in the Republic Day parade itself is an achievement which creates thrill and arouses intense feeling of patriotism.

He also urged upon them to motivate their peer groups and work to stimulate development of the country and put the nation in top priority.

It may be noted that National Service Scheme was launched in 1969-the birth centenary year of Mahatma Gandhi in thirty seven universities involving 40,000 students with primary focus on ‘Development of Personality of Student Volunteers through Community Service’.

The Regional Director of NSS Dipak Kumar had also accompanied the contingent.