State Forest minister Parimal Suklabaidya did not make any statement, also did not receive any calls on his official mobile phone 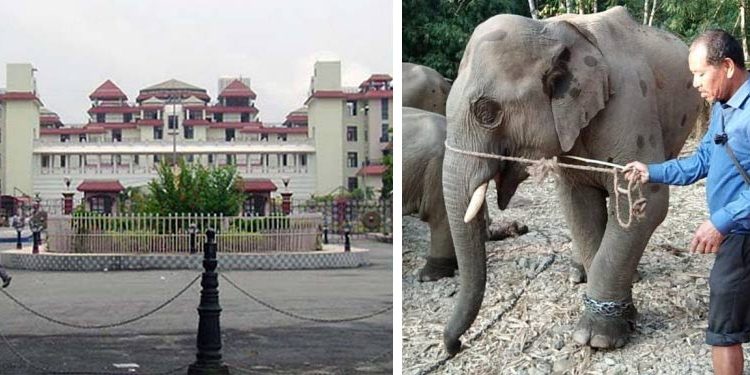 While animal rights activists across the globe are unanimously opposing the proposed transportation of four elephants to Ahmedabad, the Assam government, surprising, is maintaining a “total silence”.

The Assam Forest Department granted permission for transportation of four juvenile elephants from Tinsukia in Upper Assam to take part at the Ratha Yatra of the famous Jagannath Temple in Ahmedabad.

Officials of the Assam Forest Department were caught in a whirlpool of controversies because of trying to transport the elephants amidst North India’s heat wave.

Secondly, it has been alleged that two of the four elephants, were caught from the wild, and shown as “captive born”. Thirdly, involvement of two “middlemen” in the elephant transportation deal has also come to light.

Surprisingly, the Assam Government during the last one week has been maintaining “total silence” on the elephant transportation controversy.

Assam Environment and Forest minister Parimal Suklabaidya, who is known to be friendly with the media, did not make any statement. He also did not receive any calls on his official mobile phone.

There seems to be a standing instruction to the Assam government officials not to comment on the issue.

“We are not talking to the media on the issue,” Ravi Capoor, additional chief secretary, in-charge of the Department of Environment and Forest, said.

Ranjana Gupta, the principal chief conservator of forest (wildlife) is also maintaining “total silence” on the issue, which has landed her department in a vortex of controversies.

Gupta, a senior Indian Forest Service (IFS) official, remained incommunicado since the beginning of the controversy. She is the first female chief wildlife warden of northeast.

Ranjan Kumar Das, conservator of forest, Upper Assam, has also been instructed not to speak to the media on the elephant transportation issue. Das has been assigned the responsibility to transport the four elephants to Ahmedabad.

Meanwhile, a PIL and an instant writ-petition have been filed at the Gauhati High Court against the transportation of the four elephants to Ahmedabad. Both the cases are likely to come up for hearing on Monday.