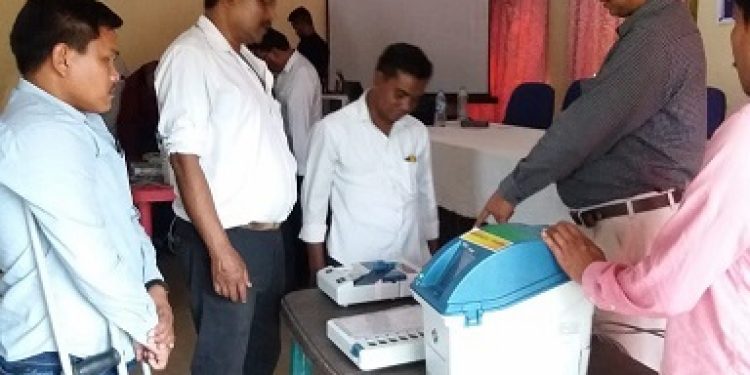 The Goalpara district administration of Assam has arranged a polling booth to be operated by all physically challenged persons. In this regard a special training was done to cope up the polling and presiding officers.

Altogether 11 physically challenged employees of the district were imparted training on the use of machines like EVM, VVPAT and Control unit by two master trainers on Tuesday.

‘The physically challenged employees should not feel alienated from this big democratic festival so I have given them a chance to prove themselves’, said Varnali Deka, district election officer and deputy commissioner.

Meanwhile, 63 women teachers and employees were given training and made ready for polling duties. There will be more than one all women polling centres in the four constituencies of the district. “Women polling officers should also go hand in hand with the male officers,” said Varnali Deka, the deputy commissioner of Goalpara.