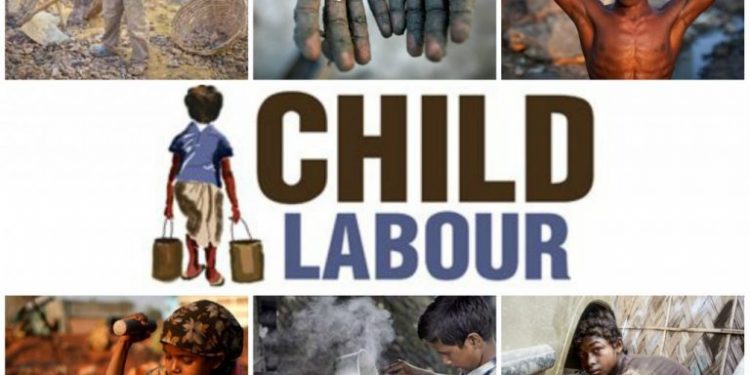 Four child labourers were rescued from a hotel from Nalbari district of Assam on Monday.

They were rescued by a team formed for investigation and rescue of children who had been employed as child labourers in the district.

The team under the supervision of District Child Protection Officer Dipti Phukan and District Labour Officer Kabita Barman carried out the operation and rescued the four children who were working at Hotel Maruti in the town of Nalbari.

Apart from Hotel Maruti, the District Child Protection Unit also carried out investigation in different hotels, restaurants and other commercial establishments of the town but could not find any other child labourers.

The rescued children will first undergo health checkup and their ages will also be identified.

After the completion of their tests, they will be produced before the Child Welfare Committee (CWC) in Nalbari.

As per a survey conducted by Save the Children, an international NGO, 37 pc children between the ages of 7 and 17 in the seven tea-growing districts of Assam have to work, with more than half of these children having to work for more than 40 hours per week.

The findings of the survey which were released in December 2017 encompassed 2283 children in the 7-17 age group from the districts of Tinsukia, Dibrugarh, Sivsagar, Jorhat, Golaghat, Sonitpur and Nagaon. Out of the total children who were found to be engaged as labourers, 56 per cent were boys of whom 95 per cent were working in tea gardens in the seven districts of Assam.