16 districts of Assam still continue to be affected by flood 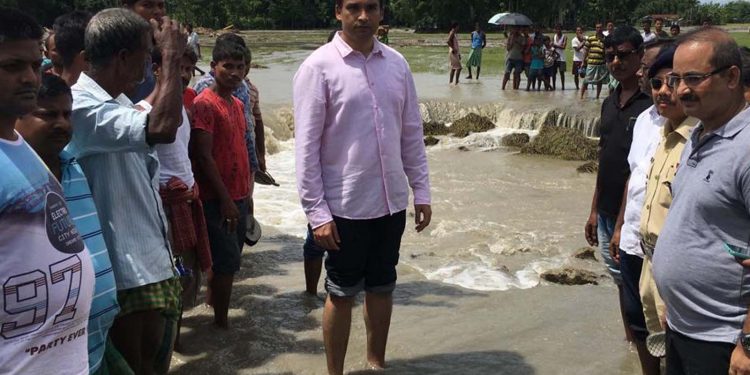 The death toll in Assam floods touched 86 on Monday in the current wave of flood.

However, despite improvement in the overall flood situation of Assam, as the latest flood report of Assam State Disaster Management Authority (ASDMA), 16 districts of the state still continue to be affected by flood.

Aslo read: Assam floods: Do we have a robust system to take to challenges?

The total number of revenue circles remaining affected by flood is 37.

As per the Central Water Commission (CWC) bulletin issued at 8 am on Monday, several rivers are still flowing above the danger level.

The rivers flowing above the danger level are Brahmaputra at Nimatighat (Jorhat), Dhansiri (S) at Numaligarh (Golaghat), Jia Bharali at N.T. Road, Xing (Sonitpur) and Kushiyara in Karimganj district.

As per the flood report of ASDMA issued on Monday, 1,113 villages have been affected by flood including highest number of villages in Barpeta district (584).

There are total 388 relief camps which have housed total 14,727 inmates.