Assam filmmaker Rupam Sarma adds another feather to his cap

The US-based filmmaker musician, singer and songwriter originally from Assam’s Jorhat was on Tuesday selected for Honorable Jury Mention at the Dada Saheb Phalke Film Festival 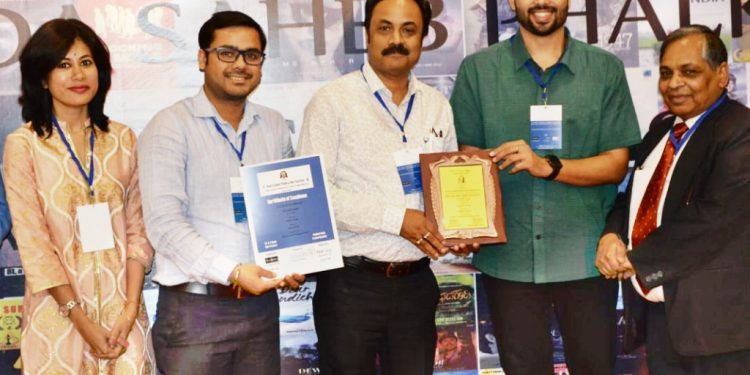 Filmmaker Rupam Sarma from Jorhat was on Tuesday selected for Honorable Jury Mention at the Dada Saheb Phalke Film Festival in New Delhi.

Filmmaker Rupam Sarmah, who had recently bagged the ‘Best Film for Inspiration Making a Global Impact   Founders Award’ for One Little Finger,  at the Riverside International Film Festival held at Los Angeles,  recently has added another plume to his beret.

The US-based filmmaker musician, singer and songwriter originally from Assam’s Jorhat was on Tuesday selected for Honorable Jury Mention at the Dada Saheb Phalke Film Festival – held in New Delhi.

One Little Finger, the movie directed by Rupam has been made with 80 differently-abled persons who have acted in the film.

Rupam’s brother Nayan Jyoti Sarmah, a State Bank of India official, told Northeast Now from Delhi that he had received the award on behalf of his brother.
He is also the Executive Producer of the film.

Nayan Jyoti said that he was proud of his brother having achieved so much recognition for his work and it was an honour to represent him at the awards ceremony.

“I am fortunate to be associated with the film which explores human rights and the rights  of the differently-abled to live a life of dignity  and the theme of the  movie is to find  Ability in Disability,” he said.

The Dada Saheb Film Festival is organized on April 30 each year to mark the birth anniversary of the Father of Indian Cinema, Dada Saheb Phalke.

The festival is regarded as among most prestigious festivals in India. The festival attracts filmmakers from across India and over 90 nations. The festival has screening sections for feature films, short films, documentaries.

Nayan Jyoti said that there were 710 films from around the world selected for the festival.

One Little Finger, has been officially selected in various international festivals including France, New York, San Diego, Florida, Los Angeles, Delhi and other places and  will be premiered at Marché du Film Festival de Cannes in France on May 16 and 17 next.

The film will be officially released in the United States on August 16 next and India release is in September this year.

The film has been completed after five years of planning and shooting in various locations in India and US.

He said that some of the shooting locations in India were in Jorhat, Sivasagar, Guwahati, Hajo.

The cast and crew are from Assam, Kolkata, South India, Mumbai, and the US.