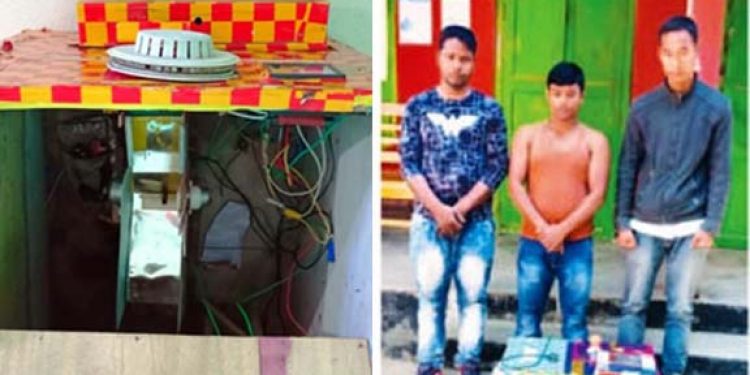 In their continued efforts against fake currency and fake gold racketeers, in Bongalmora area of Lakhimpur district, the police were able to arrest three persons on Monday along with a printing machine.

Following a tip-off, a team of police led by Inspector in-charge of Bongalmora Police Outpost John Pathori carried out a raid in a house at Fatehpur in Bongalmora.

The police also arrested 25-year-old Mahikul Islam and 22-year-old Bilal Hussain along with a printing machine that was supposedly used to make counterfeit Indian currency notes.

The police also recovered five counterfeited pieces of Rs 500 notes and one piece of Rs 2,000 note from the possession of the arrested persons.

Speaking to Northeast Now on Tuesday, Inspector John Pathori said that the arrested duo had lured one Chao Bijita Manche from Namsai in Arunachal Pradesh to sell the printing machine producing counterfeiting notes.

The machine is in fact an assembled unit of colour Xerox machine in which some authentic currency notes are kept to dupe the buyer.

The machine is run in front of the buyer using coloured lights in which the authentic notes comes out after entering a counterfeit one.

The machine also has a sticker containing the official logo and insignia of the Reserve Bank of India (RBI).