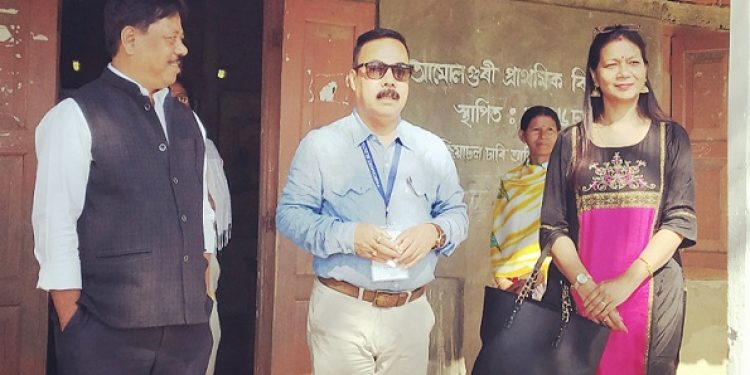 The Dhemaji district administration has completed its preparations for holding the panchayat election in its two sub-divisions – Dhemaji and Jonai due on December 5 next.

Jonai Sub-division alone has 490 candidates contesting the panchayat polls in its 15 Gaon panchayats including 6 ZPMs, 40 APMs, 43 GPPs and 401 GPMs. The Election department has already declared 14 GPMs as ‘unopposed’ after the scrutiny of nomination papers filed by the contenders.

There are a total 690 polling stations in the district, out of which 289 have been identified as sensitive and 39 as hyper-sensitive, which are spreading over 62 gaon panchayats.

The District Election department has conducted phase-wise training for the presiding and polling officers. Moreover, separate cells have been opened for smooth conduct of the election activities.

The district administration and police recently reviewed the law and order situation of the district bordering East Siang and Lower Siang district of Arunachal Pradesh and additional security personnel have been deployed in the sensitive and hypersensitive polling stations.

The police are also conducting checking on vehicles and frisking on the commuters at different portions along the National Highway 15 passing through the district.