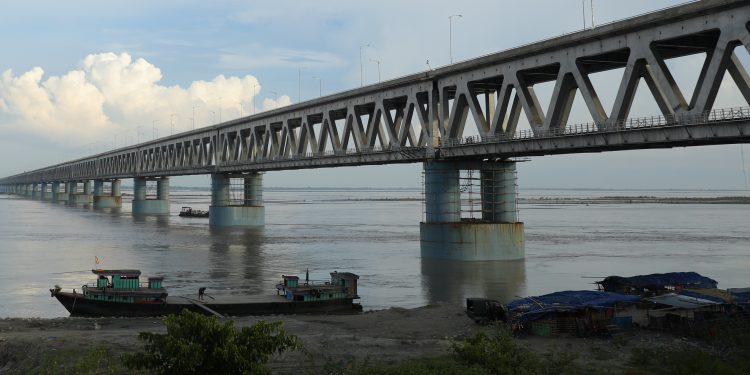 With Prime Minister Narendra Modi set to inaugurate the new rail-cum-road Bogibeel bridge over river Brahmaputra in Assam on December 25, demands are being raised for naming it after the founder of the erstwhile Ahom Kingdom of Assam, Chaolung Siu-ka-pha.

In a memorandum to Modi, the Dibrugarh district committee of the All Assam Ahom Sabha stated that the bridge be named after Siu-ka-pha who it described as ‘the founder of Bor Axom (composite Assam) or Seven Sisters and the Axomiya society’.

“Siu-ka-pha established a state based on a policy of inclusive co-existence and humanism that eventually led to the formation of a greater Assamese society.

“The successors of Siu-ka-pha followed his path and demonstrated how human diversity can exist and maintain a united stand to withstand and even defeat enemies like the Mughals as in the famous Battle of Saraighat (1671),” it stated.

The memorandum also said that the inclusive Ahom state also helped to bring the essence of Indian culture to the heartland of Assam as art, culture and literature flourished.

Describing Siu-ka-pha as an epitome of India’s historical linkages with Southeast Asia, the statement further read that ‘it would be significant to leverage this linkage towards realization of the objectives of India’s Act East Policy”.

The memorandum referred to another rail-cum-road bridge over the Brahmaputra at Jogighopa in western Assam that was named after Koch King Naranarayan and stated, ‘Chaolung Siu-ka-pha, a great unifier and leader, was literally a bridge between people and cultures, and it would be significant to name the new rail-cum-road bridge at Bogibeel as Chaolung Sukapha Swamanyay Setu (Chaolung Sukapha Harmony Bridge).’

Copies of the memorandum have also been forwarded to Railway Minister Piyush Goyal, Road Transport and Highways Minister Nitin Gadkari and Assam Chief Minister Sarbananda Sonowal among others.