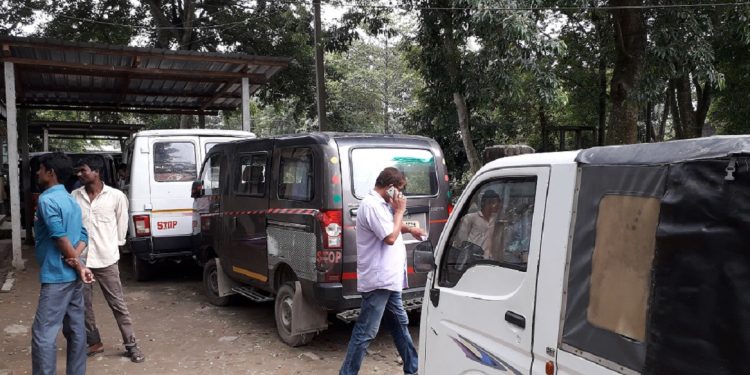 The Darrang District Transport Department which is one of leading revenue earning Assam government departments in the district is seemed to be passing a tough time in revenue earning which could be regarded as the adverse effect of the nationwide economic crisis particularly in the transport sector.

The statistics of the registration of the number of vehicles in the district transport office over the past few months could be enough to apprehend how the transport market has fallen in this smaller part of the country.

Data available in the said office has shown that in the last five months of the current fiscal year, the average registered vehicles has fallen upto around thirty seven per cent.

The figure of altogether 1641 registered vehicles in the month of April has a sharp decrease to 1131 in the month August.

This figure was even worse in the month of July where only 1035 vehicles of all kinds including two wheeler were registered.

The average sale of vehicles in more than a dozen of transport dealers of the district over the last three months as per the registered records has stood at only 1113.

In such an unprecedented situation the officials of the department have to intensify their other means of revenue generation like detection , detention and realization of fine from the defaulters of Motor Vehicle Act .

It has been appeared from the official records of tax realization in the last two months that the more than Rs 12 lakh has been earned which included arrear tax amounting Rs 7,50,724 and fine amounting Rs 4,66,700.

Talking to the Northeast Now on Saturday an office assistant of the department who doesn’t want to be quoted said, “Our district transport officer Kumar Sanjib Krishna with the help of his enforcement staff has been making regular drives against the motor vehicle offenders which yielded collection of a good amount of arrear tax and fine.”

“Thus the heavy loss in tax collection through registration could be compensated to a desirable height.   In the past two months our office has recorded as many as two hundred cases of motor vehicle offence,” he added.