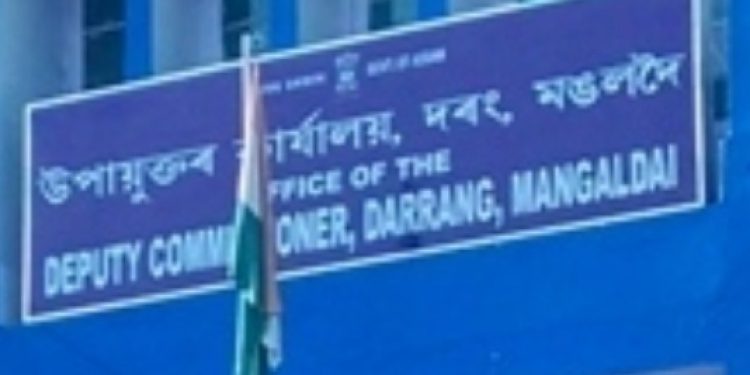 The deputy commissioner’s office in Darrang district of Assam from now onward will act just like the style that has been practiced in Prime Minister’s Office especially in matters of public grievances redressing.

In view of this, a toll free phone number ‘1077’ has been launched by the district administration on Saturday .

This toll free no will kept ready to receive and record any genuine grievance from the public and its subsequent disposal.

An innovative technology driven mechanism including implementation of MIS to track the action taken for each and every grievance recorded and SMS delivery system will also be put in place for convenience of the public.

He further stated that the new mechanism has been placed into service under the guidance and supervision of deputy commissioner Ghanashyam Dass with the primary objectives of timely disposal of the complaints and ensuring action being taken on each case of genuine ground followed by its monthly review for the purpose of tracking the progress of the same.

Meanwhile talking to Northeast Now a conscious circle of retired government servants have welcome the decision of the new deputy commissioner to rejuvenate the grievance redress mechanism which has been already in practice from Dispur to district or subdivision.

However at the same time they have observed that it will be an acid test for the new deputy commissioner to transform it into reality with transparency.

It may be mentioned here that under the supervision of the Prime Minister’s Office an online web enabled system called Centralized Public Grievances Redress and Monitoring System (CPGRAMS) has been functioning in a speedy and effective manner and grievance statistics for the current year has shown receipt of 2,31,648 cases out of which 2,31,482 no of cases have been figured in the list of disposals.