KYF this year has received less footfall than the previous year 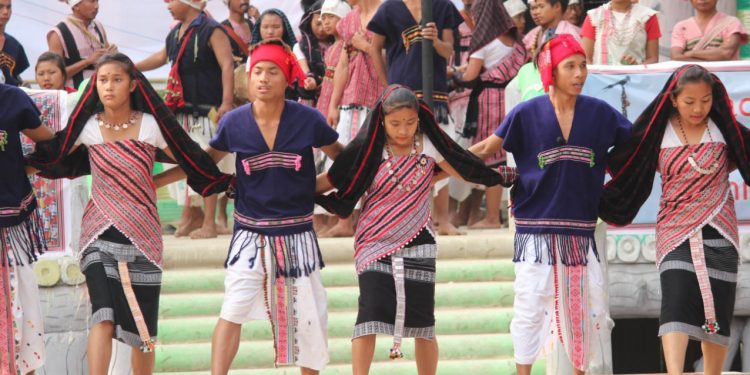 During the concluding day, various competitions were held including making fire with bamboo splinters.

Prizes for the competitions held earlier were distributed during the day.

Some of the results of the competitions will be announce later.

In the evening, rock concert and competition was held at Semson Sing Ingti achetai or stage, one of the three major stages in at Karbi People’s Hall.

While at other stages, various invited and local singers presented their songs.

Among the concerts held simultaneously, the rock concert and competition is the major draw for the youths who attend in their hundreds. Usually the concerts went on till early next morning.

The KYF this year has received less footfall than the previous year although the venue was packed with stalls selling food, ethnic dresses of various tribes, bamboo and wood handicrafts, toys and pottery.

A vendor on condition of anonymity said, “I have put up my stall every year but the sale is less this year. May be because KAAC employees have not got their salaries. Also, there are more vehicles leading to traffic jam of three hours.”

The concentration of a large number of vehicles also draws the attention of vehicle-lifters.

It is easy for the lifters to escape with stolen cars and bikes as pan India hub of stolen vehicles Dimapur in Nagaland is not far away, 43 kms from here.

At least a motorcycle was stolen this year from the KYF.

A Royal Enfield bike was lifted from the KYF parking lot on the night of February 18.