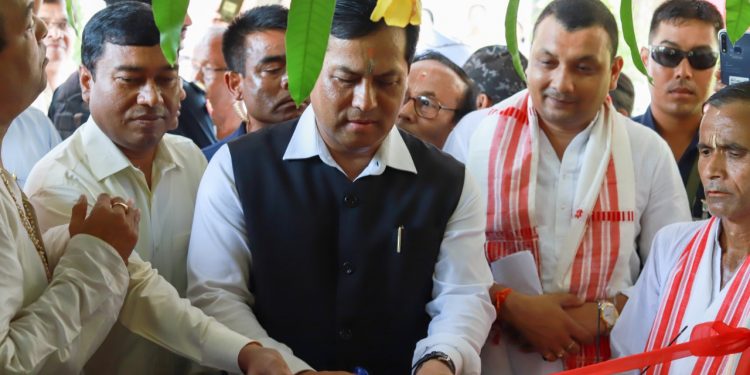 Speaking on the occasion, chief minister Sonowal underlined the need for value based education in society.

He said that there has been a gradual erosion of moral values in society.

As a result of this, many social issues have surfaced in present times, which could be managed with value based education, he added.

Sonowal further said that teachers, parents and students must work together to develop an ideal society.

He stressed more on the role of teachers and parents in inculcating moral values among the young generation.

He also urged the academic fraternity to play a proactive role in spreading awareness against superstition and development of scientific outlook among people.

Sonowal in his speech also highlighted the Prime Minister Narendra Modi‘s initiatives to develop a healthy and virtuous society.

He urged people to join hands with the government in making Fit India Movement and water conservation a mass movement similar to the Swacch Bharat Mission which has given cleanliness a new dimension in the country.

Noteworthy that the academic affairs of the newly inaugurated Auniati Vidya Niketan will be managed by Auniati Satra, Majuli.

Students at the institution will be imparted value based education along with regular school curriculum and training on Satriya culture.