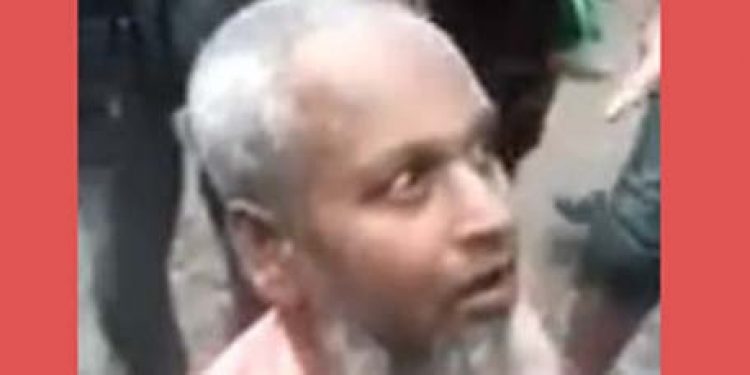 Assam chief minister Sarbananda Sonowal has condemned the Biswanath incident in which a man from the Muslim community, identified as Shaukat Ali, was recently ‘roughed up’ on the road and ‘forced’ to eat pork by the locals for selling beef.

State chief minister Sonowal termed the incident a bad omen for an inclusive society like Assam.

He has asked state Director General of Police Kula Saikia to deal with the incident sternly to avert recurrence of such incident in future.

It may be noted that Assam Police has already arrested six persons in this connection.

The news made headlines after a video of the man in deep slush begging with the mob to let him go went viral on the social media.

After being rescued, 68-year-old Shaukat Ali was admitted to a government hospital.

Two separate FIRs were filed – one of them by Shaukat Ali’s brother – in connection with the incident.

The police continue to investigate into the matter and the video has been taken as an evidence of the incident.

As per reports the mob threatened Shaukat Ali and asked him whether he was from Bangladesh and had licence to sell beef.

In the video, a person from the mob was heard asking him: “Are you Bangladeshi? Is your name in the National Register of Citizens (NRC)?”

The police arrested six people after a case was registered under appropriate sections.

After the incident, the police are keeping a hawk eye vigil in Biswanath district.