‘As concerned citizens, we look to the Supreme Court to reaffirm India’s constitutional and international obligations to rights on sensitive issues’ 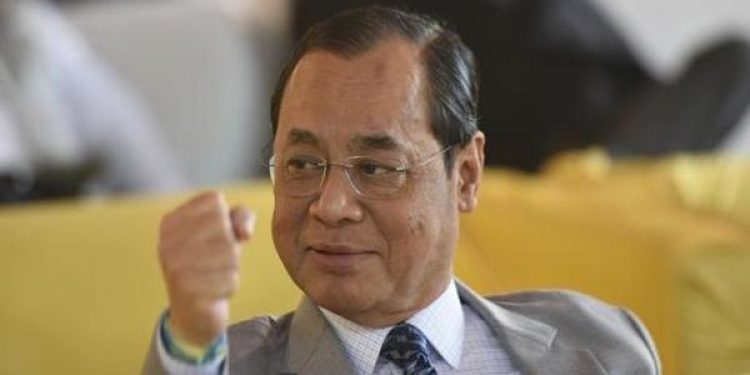 The Commonwealth Human Rights Initiative (CHRI) has urged the Supreme Court to reaffirm India’s constitutional and international obligations on complex issues of nationality, detention and deportation while overseeing the NRC updating process.

“As concerned citizens, we look to the Supreme Court to reaffirm India’s constitutional and international obligations to rights on sensitive issues. That is why we are disappointed by recent statements by the Chief Justice of India on a complex matter relating to illegal detention and deportation, without heeding India’s own constitutional and international obligations,” said a CHRI statement.

Two of the signatories are from Assam – former NSG chief Jayanto Chowdhury and eminent journalist Sanjoy Hazarika, who is CHRI international director.

“While advocating greater detention of suspected ‘foreigners’, the Chief Justice brushed aside the Assam Chief Secretary with a stinging admonition for proposing a methodology for the release of a handful of foreign prisoners who had been in detention beyond their term of sentence for illegal entry.”

“This was especially of concern for the case concerned the wilful violation of the human rights of hundreds of detainees who were languishing in what the court itself accepts are ‘inhuman conditions’.”

The statement regarded the remarks of the CJI as “unfortunate”.

“Article 21 is very clear in its intent, ambit and process. It binds all duty-holders and citizens with the ringing affirmation that no person in India (and we emphasize that there no special privileges here for Indian citizens) can be deprived of her/his right to life and liberty without due process.”

The statement pointed out that there is no deportation agreement with Bangladesh.

“International law lays down that such deportations can take place only with the consent of the country of origin. Bangladesh has consistently refused to accept that its citizens migrate in large numbers to India. Indeed, Bangladesh regards such unilateral efforts as harmful to a bilateral relationship that is critical for the security and stability of both countries and especially of our eastern region.”

The CHRI statement said it wanted to avoid a situation where “we are seen as forcing people out at gunpoint”, adding that such measures would be “ethically unjust, wrong in law and draw international condemnation”.

“We are acutely sensitive to concerns in Assam and other parts of the North-east and across the country about the problem of illegal migration from Bangladesh, a long-standing issue that has defied official proclamations and pledges of “push back”, “deportation” and “detection”.

“Whatever methods are used they must be undertaken within the rule of law frame, be just and fair and designed to minimise individual hardship and tragedy. We believe there is a need that this is a tragedy of growing intensity which is gathering momentum as a result of the current National Register of Citizens (NRC) exercise in Assam. “

The CHRI statement said that accounts from Assam indicate that “often arbitrariness not rule of law is used to define those who have come post-1971 from Bangladesh (of whatever religious denomination) and those who are Indian nationals.”

“Lakhs are in limbo and now fear that they may become ‘stateless’ because of a process that is mired in a mix of complexity, confusion, lack of precision and prejudice.”

The statement said that many at the bottom of the economic pyramid were “unable to sustain the complex adjudication process needed to establish their citizenship. Large numbers are already in detention camps.”

Although the Supreme Court mandated deadline for a ‘final’ list as July 2019, “we understand that not less than 38 lakh persons out of the 40 lakh (four million) who had found themselves off the NRC last year have filed applications for inclusion.”

“Such a huge number of requests cannot be processed in two months and we urge that this not be hurried as the consequences are too devastating to contemplate. The efforts need to be steady and methodical so that the charges of arbitrariness, prejudice and poor record keeping, which have plagued the NRC process, do not stick.”

The CHRI statement pointed out that India was a signatory to the Universal Declaration of Human Rights in which its representatives played a stellar part in developing the language that all of us are familiar with in regard to equality, non-discrimination and gender.

“Our international commitments are clear as to the rights of people affected in such situations.”

“It would also be unacceptable if any Indian of any religious denomination is harmed by negligence, wilful prejudice, wrongful confinement and prosecution,” the statement said.

The CHRI warned that failure to address this critical situation adequately and justly “would be seen internationally as a gross violation of human rights and a blot on India’s traditional record”.

“What is also of concern to us are social fault lines that could be exacerbated by insensitive handling that could leave many people desperate, particularly youth, with the potential of radicalization.”

The CHRI statement appealed to the judicial system and the government “to explore a solution that addresses the human dimension”.

“The situation in Assam and inter alia other parts of the North-east represent unprecedented challenges and conditions that cannot be resolved by application of a routine legal framework which is designed to deal with individual cases,” the statement added.