Assam: Child knocked to death by speeding Bolero in Kokrajhar

The Bolero driver has been arrested and the vehicle seized 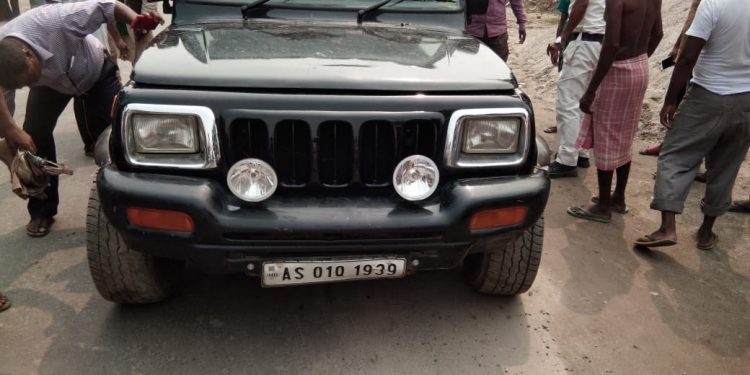 The Bolero vehicle which knocked down the child. Image Credit - Northeast Now

An eight-year-old boy was knocked down to death by a speeding Bolero vehicle at Joypur in Kokrajhar district on Thursday.

As per information received, the eight-year-old was riding a bicycle near his house when he was hit by a speeding Bolero bearing the registration No AS01-01939.

The child was rushed to Kokrajhar Rupnath Brahma Civil Hospital but the doctor declared him ‘brought dead’.

The Bolero driver identified as Fardul Sheikh was arrested and the vehicle has been seized.