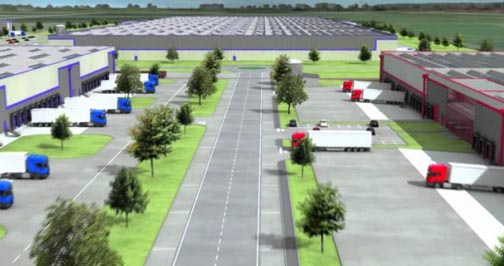 The Centre has proposed to develop a Multi-Modal Logistics Park at Jogighopa in Assam to promote international trade with neighbouring countries.

Disclosing the latest initiative to this correspondent, Amit Ghosh, Joint Secretary in the Ministry of Road Transport and Highways said that the State Government has already confirmed land availability and the “DPR is in progress”.

Ghosh said that under Bharatmala Pariyojana, more than 3000 kms of economic corridors are to be developed in the Northeast alone covering major cities in the region.

Under Bharatmala, around 3,300 kms of border roads of strategic importance have been identified to be built along the international boundaries and around 2,000 kms of roads are required for connecting India’s major highway corridor to International trade points so as to facilitate Export-Import (EXIM) trade with Nepal, Bhutan, Bangladesh and Myanmar.

“Out of this, around 2,000 kms have been included in the plan for Phase-I of Bharatmala. Other border roads are developed and maintained by the Border Roads Organization (BRO),” he said.

A total of 24,800 km of new interventions are being considered in Phase-I. In addition, Phase-I will also include 10,000 km of balance road works under the National Highways Development Project (NHDP), taking the total to a length of 34,800 kms of National Highways.

Significantly, the Ministry of Road Transport and Highways has achieved the highest ever award of 51,073 km of National Highway projects and highest ever construction of 28,531 km over a four year period from 2014-15 to 2017-18.

Construction of National Highways has more than doubled from 12 km /day in 2014-15 to 27 km/day in 2017-18 and the total investments in the sector has increased by 2.5 times compared to 2014-15. This significant leap in the National Highways award and construction was achieved through multiple policy initiatives taken by the Ministry.