Assam celebrates 73rd Independence Day along with rest of nation 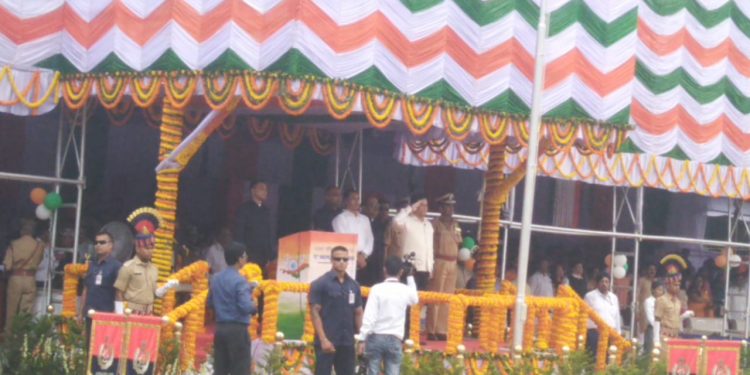 Assam along with the rest of the nation celebrated the 73rd Independence Day on Thursday.

The central programme was organized at the Assam Veterinary College playground at Khanapara in Guwahati.

Glowing tributes were paid to all the freedom fighters of the nation and the state including Mahatma Gandhi sho had led the freedom movement.

Sonowal in his speech also expressed his gratitude to Prime Minister Narendra Modi in leading the nation through his innovative and path-breaking leadership.

He also said that his government is committed for safeguarding the rights of the sons of the soil.

The chief minister also said that the initiative taken to implement the Clause 6 of the Assam Accord will prove to be protective shield of the indigenous communities of the State.

Sonowal also said the final NRC to be published shortly will ensure that Assam will be free from infiltrators.

The programme also witnessed a graceful march-past by various contingents of the security personnel followed by a colourful cultural programme.