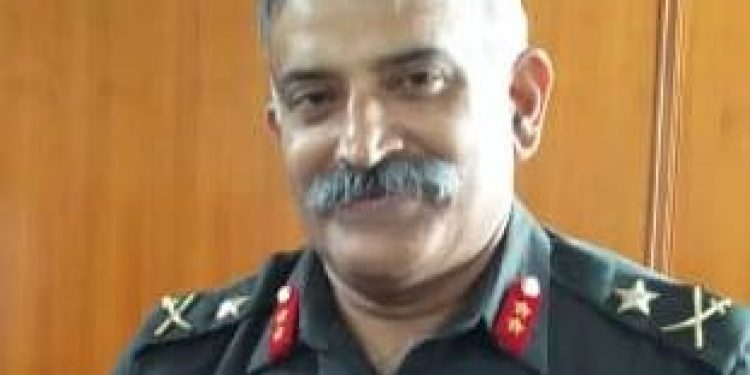 ASSAM'S PRIDE: Rana Pratap Kalita of Rangia has taken over the mantle of the Eastern Command of the Indian Army. Image Credit - Northeast Now

Assam-born lieutenant general Rana Pratap Kalita joined on Friday as the chief of staff (COS) in the Eastern Command of Indian Army at Fort William in Kolkata.

Kalita is the second lieutenant general from the state and the first from Assam to be appointed as COS in Eastern Command.

The entire northeastern region comes under the purview of Eastern Command. Kalita is an alumnus of Sainik School, Goalpara, in Assam.

He was awarded ‘Sena Medal’ and ‘Vishisht Seva Medal’ twice for being an Army official par excellence.

He was also conferred with the prestigious ‘Ati Vishisht Seva Medal’ for his utmost dedication towards securing the country’s frontiers during his tenure as the Brigadier (operations)  of XIX Infantry Division at Baramulla in Jammu and Kashmir. He was the GOC during the Uri attacks in Kashmir.

Rana Pratap Kalita was born in Rangia (Assam) to a noted teacher of the area Jogendra Kalita and Renu Kalita.

The top Army official got commissioned in 9 Kumaon Regiment in June 1984. He was also entrusted with the charge of arranging the funeral of former Prime Minister of India AB Vajpayee.

Vajpayee’s funeral was a smooth affair thus proving the efficiency of Kalita. He also commandeered the 13 Rashtriya Rifles in Kashmir, 71 Infantry Brigade at Lucknow and strategically important XV Corps at Srinagar.

The Army official was also deputed to the United Nations twice.