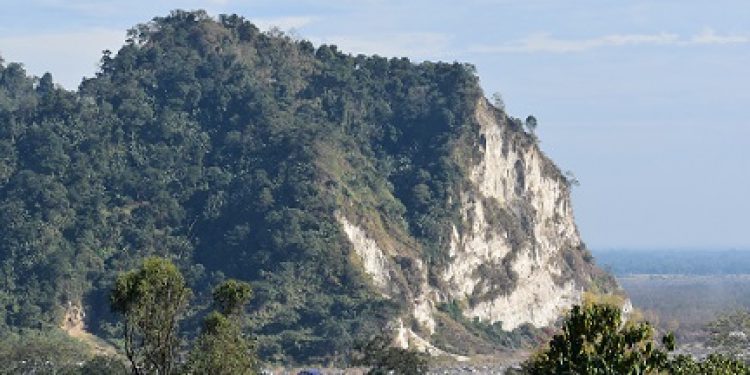 The man-made Bhairabkunda Reserve Forest spanning an area of 22.24 square kilometers is a wonderful fruit of ten years of hard work by 35 member group of former armed militants.

Led by Ismail Daimari, this group first surrendered their arms and instead of living on the government’s dole in relief camps, approached the government for a portion of the uncultivated land on a 50-year lease.

The deal they worked out entailed an equal share of the profits from cultivation with the state government.

The former militants of the Bodo group gave up their armed struggle and began a noble deed of converting the barren land of 1980s into a greener land abounded with a wide variety of flora and fauna.

In 2003, the 35 member group registered Sonaigaon Multipurpose Farm for cultivation. These people then came into contact with Naba Kumar Bordoloi, the then Forest Range Officer serving at Bhairabkunda Reserve Forest.

Bordoloi convinced the members of the farm to proceed with (the) planting of trees under JFMC (Joint Forest Management) scheme.

In 2005, the process of documentation, survey etc, had been conducted and a proposal was submitted to the Union Ministry of Environment and Forests.

Plantation carried out between 2007 to 2011 converted Bhairabkunda into a land abounded with tall rubber trees and varieties of animals like mongoose, leopards, deer, elephants and various species of migratory birds.

The group is focusing on developing cottage industries based on forest resources for income generation and is also planning to convert the forest into a hotspot for eco tourism which they hope will also provide a source of good income to the local people.

Bhairabkunda once barren due to illegal logging gave rise to a number of cases of man-elephant conflicts.

The hard work of the former militants not only converted the barren land into a greener one but also reduced the number of man-elephant conflicts near the area.