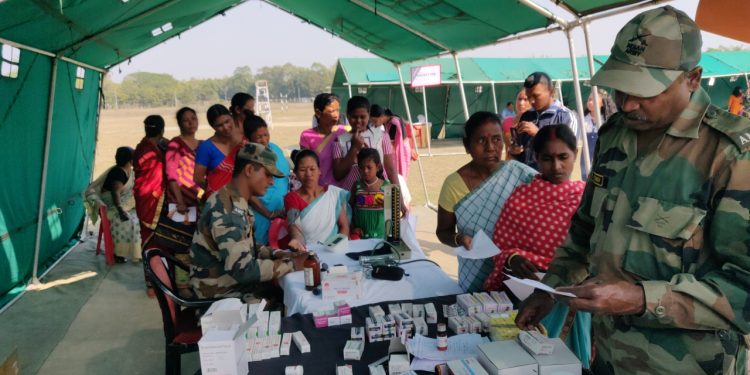 A free medical camp was held on Sunday at the premises of Kargil Warrior camp at Dighilipar of Tamulpur in Baksa district of Assam.

The team also distributed free medicines among the patients. In this camp hypertension, diabetes, eye, O&G, ENT along with many other diseases of the patients were examined.

Moreover some women patients were examined for detection of uterus and breast cancer also. A free blood donation camp also held along with this camp where many jawans from Indian Army and also civilians donated blood.

Local people praised Colonel Animesh Jha, commanding officer of Red Horn Division of Indian Army at Tamulpur Brigade for arranging this free medical and health check up camp at Tamulpur which benefited numbers of poor families of the locality.