Assam: ‘Assault’ on Barak cricketers blown out of proportion in media 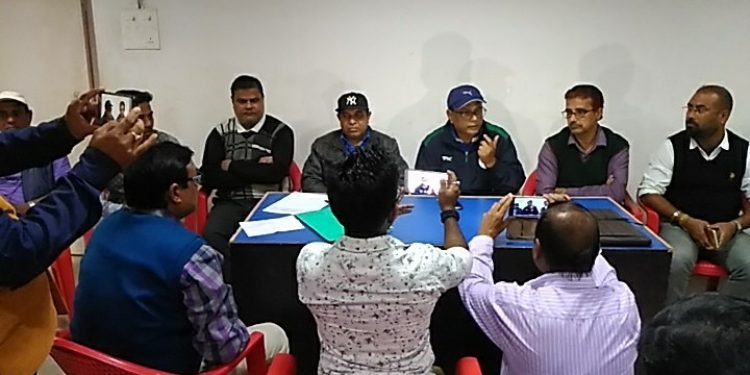 “Empty vessels, sound much,” said, Milan Barbhuiya, father of Aryan Barbhuiya, one among the four Barak cricketers who went to take part in a cricket camp in Guwahati on 22nd January, last.

Having found toothpaste smeared on their head on the morning of 23rd January, by some fellow cricketer of this camp, the matter raced up to a racial slur, which made headlines.

Silencing all whispers and media reports that flashed even in national dailies for the past two days, parents of the three out of the four boys that attended this trial camp, along with Cachar district coordinator for School Sports Promotion Foundation (SSPF), in a press meet in Silchar on Saturday, acknowledged that the issue had been blown out of proportion.

Milan Barbhuiya made the point clear by addressing the waiting journalists that if some vessels were kept together, they definitely were bound to make some ‘noise’.

Talking to Northeast Now, he clarified his stand and said, “What happened out there is just an exaggeration. I just believe that some of our boys should have got a fair chance in this trail. Anyways, these are part and parcel of a sport and have no complains to make. I am sure they will definitely get a chance to make it one day.”

Sujoy Dutta Roy, Cachar district coordinator for SSPF, talking to this correspondent, said, “I don’t know how come this non-issue found such mileage to start a talking point in the state of Assam and even outside. None of the parents placed any complaints during the three days of trail. Had there been some transgression, I would have definitely taken it up with state coordinator for SSPF, Gautam Hazarika.”

Dutta Roy, added, “The ethics of journalism says to cross check or verify, but, no one, whosoever went ahead in filing this news, did not bother to call me or any of our other cluster coordinators who have worked day in and day out to conduct a school cricket tournament as well as district level cricket camp.”

While, Gautam Hazarika, state coordinator for SSPF, briefing the media in Guwahati on Thursday last, said, that the cricketers’ allegations are baseless, founder President of All Cachar Karimganj Hailakandi Students Association on Friday in a press meet asked for Chief Minister to conduct an enquiry into the whole matter.

One senior journalist rightly put it out; there is a big ‘hole’ in the whole matter.