AGP has made a secret understanding with the BJP for the State panchayat elections: Badruddin Ajmal 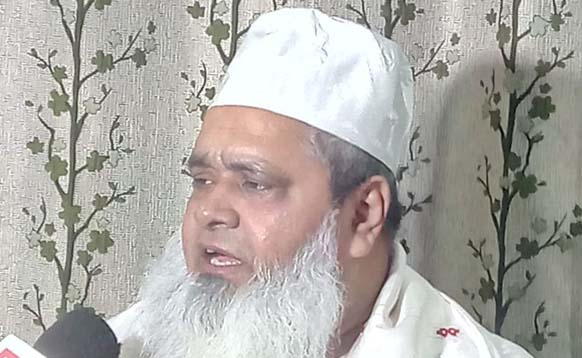 All India United Democratic Front (AIUDF) chief Badruddin Ajmal on Monday, while coming down heavily on Asom Gana Parishad (AGP), termed it as an ‘opportunist’ political party and said it could go for alliance with any political party to gain power.

“The power-hungry AGP has made a secret understanding with the Bharatiya Janata Party (BJP) for the State panchayat elections slated to be held on December 5 and 9 this year in two phases though it announced that it would contest without alliance,” Ajmal claimed.

Ajmal said, “AIUDF’s prediction on AGP has come true with AGP’s Naharkatia legislator Naren Sonowal’s recent statement that the AGP did contact with the Congress for coalition in the panchayat elections.”

Slamming the AGP over its character in the State politics, Ajmal said people of the State have understood the ‘opportunistic character’ of the party.

Ajmal, who is also the Dhubri Lok Sabha MP, also alleged, “Candidate projection of Congress as well as BJP has proved their understanding for the panchayat elections.”

Ajmal also said, “The AGP, BJP and Congress have tried to make the people fool. But, the people of the State nowadays have not remained the same. They can understand the fact.”

He also appealed to the people of the State to remain aware about the nature of the BJP, AGP and the Congress as the panchayat election has an important role in State politics.