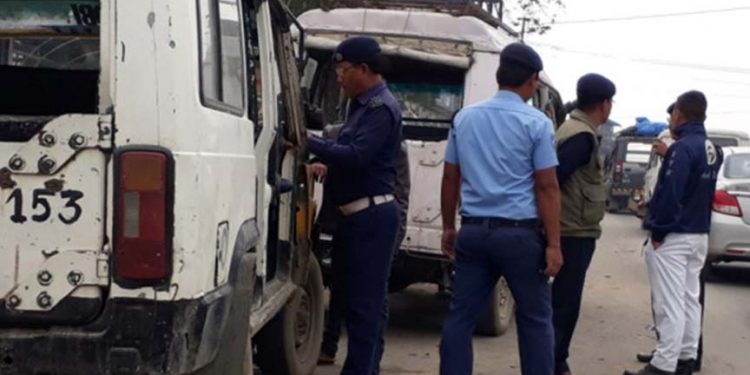 The meeting was held under the chairmanship of East Siang deputy commissioner Dr Kinny Singh at her office in Pasighat.

The meeting was attended by members of the transport federations and operators, district police and community-based organizations.

Addressing the meeting, Dr Singh appealed to all the transport operators to abide by the prescribed rules and regulations pertaining to road safety.

The DC directed the district transport authority to ensure insistence on enforcement of law to curb instances of fatal accident cases in the district.

On matters pertaining to the proposed shifting of Tata Sumo/Winger counters from the existing location to the earmarked area at 2 Mile, the DC sought cooperation of the counter owners.

She also exhorted that the new counter, to be set up in the municipal area would be a planned, hygienic and better equipped one.

The deputy commissioner also directed the Pasighat Municipal Council authority, DTO and DLRSO to come up with tangible results in regards to the proposed parking lots issue soon and initiate its development.

She also hinted about some possible alternative locations for the shifting of the counters if works on the identified location was not ready.

He said most of the problems affecting the system will die down automatically if proper checking of vehicle documents, counter and driving licences of the commercial vehicles is done regularly.

District transport officer M Loyi appealed to the counter owners and vehicle owners to submit the mandatory periodical report of their vehicles and the drivers to confirm their fitness and character antecedents.

The members from CBOs, transport federations and Counter owners also shared their views in the meeting.

AMBK secretary general Okom Yosung expressed concern over the regular road traffic accident (RTA) cases in the district and opined that a committee headed by the ADC be constituted to look into the matter.