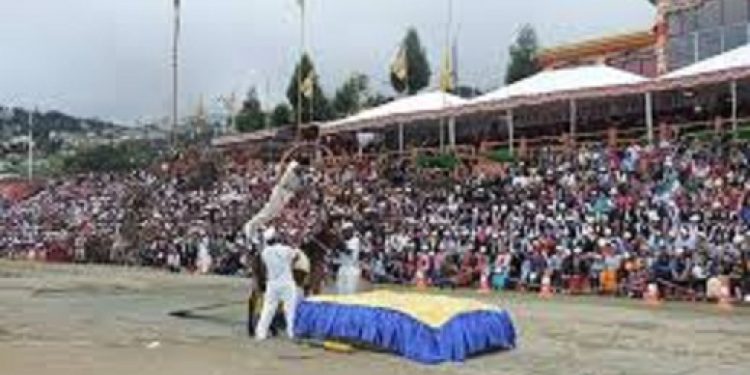 In keeping with the sentiments of the local population, a multi-cultural social event in the form of ‘Maitree Diwas’ is being jointly hosted by the local civil administration and the Tawang Military Garrison at Tawang in Arunachal Pradesh on November 28 and 29 next.

Maitree Diwas aims at celebrating the strong spirit of friendship and bonhomie that exists between the locals and the Indian Army. This shall be the 10th celebration since its commencement on the initiative of former Chief Minister Late Dorjee Khandu in 2004. The event was discontinued briefly after his sad demise in 2011 and had been revived yet again last year under the patronage of his son, Pema Khandu, the present Chief Minister of the State.

The two-day long event is likely to witness heavy footfalls as it has already drawn wide spread attention and interest of the locals.

The event shall include the military exhibiting its prowess by conducting helicopter flypast, slithering by Army Commandos and weapon display as part of ‘Know Your Army’.

Mass band display and numerous other events showcasing the vibrant culture of the region and the country too are planned. Numerous kiosks are being set up to provide information regarding enrolment into the Army and other government jobs besides publicizing about the numerous welfare schemes currently in vogue for the countrymen residing in the remote areas.

Meanwhile, as a run up to ‘Maitree Diwas’,  competitions like painting and essay writing on  the theme ‘Indian Army – Our Saviour’ and ‘Civil Military Friendship’ were organized by the Tawang Brigade and civil administration in which around 350 students of 20 different schools of the district participated.

Brigadier Zubin Bhatnagar, Commander of Tawang Garrison presided over the event and expressed his deep appreciation over the ‘special bond’ enjoyed by the populace and Indian Army in Tawang.