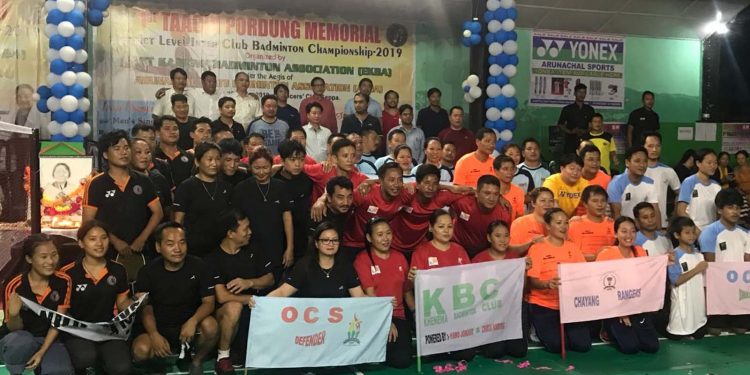 In all 90 shuttlers representing 5 different badminton clubs of the district are participating in the championship which would see its finals being held on Sunday.

In his inaugural address Mangfi announced that Seppa, the district headquarters of East Kameng, will soon turn into a sports hub as many infrastructures of several sporting disciplines are being built in and around the township.

Encouraging the youngsters to participate in such competitions, Mangfi said that one can not only gain physical and mental fitness through sports, but can also make it a profession.

He further congratulated the organizing committee and wished the participants success.

MLA Pordung said that the championship would be converted into a state level tournament in the future.

“This year the tournament is named after my mother and so it will be for the next two more years, however, after that, the championship will be named after my father,” Pordung said.

Executive members of the EKBA also spoke on the occasion.

The chief referee of the tournament is ASBA’s Grade II umpire Mode Nilling.