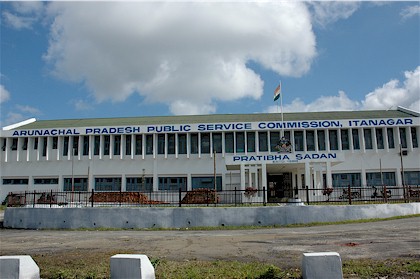 The All Arunachal Pradesh Students’ Union (AAPSU), expressing its deep concern on the ongoing Arunachal Pradesh Public Service Commission (APPSC) imbroglio, condemned the failure of the capital administration in securing and providing safe passage to all the genuine and willing candidates who were obstructed and got sandwiched in the tussle between the police and some mains-qualified protestors on November 10, considerably vitiating the peaceful and conducive atmosphere.

“The incident has given rise to many genuine candidates being deprived of appearing in the prestigious examinations and have thrown them in a situation of despair and uncertainty. The union stands and empathizes with the genuine candidates who could not sit for the examination due to security failure and appeals to the commission to search a way out whereby their rights without their any fault gets curtailed. The Capital administration has miserably failed in providing security when the situation was already tense from the fortnight when a section of mains-qualified candidates has already started demonstration in Tennis Court,” a statement from AAPSU deputy spokesperson Nepha Wangsa said.

The AAPSU, it said, is also not happy with the conduct of some sections of mains-qualified aspirants and ringleaders who came up with the idea of protesting for stalling the mains examination despite the Arunachal Pradesh Public Service Commission’s best effort to vacate the High Court order that was again filed by a section of the aspirants.

The AAPSU also lamented the recurrent administrative goof-ups on part of the APPSC that have time and again created such chaos and mistrust.

Criticism from RGU forum: The Rajiv Gandhi University Research Scholars’ Forum (RGURSF) has also condemned the APPSC for making a mockery of the prestigious competitive examination.

Holding the commission responsible for the deteriorating state of affairs in the recently held mains examination, the scholars’ forum said that over the years the commission has become a nightmare for the candidates with its performance declining rapidly.