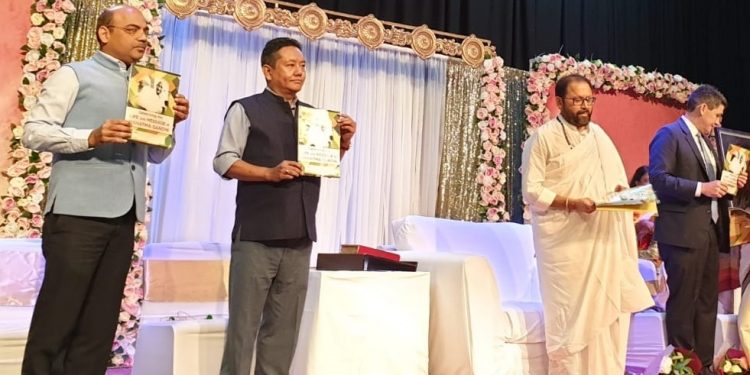 Present on the occasion, among others were, Pujya Gurudevshri Rakeshbhai, spiritual leader and follower of Shrimad Rajchandraa, New South Wales Minister of Education and Consul General of Indian High Commission.

Named after 20th century scholar and poet, Shrimad Rajchandra, who Mahatma Gandhi considered as spiritual mentor, the SRMD is a global movement that endeavors to enhance the spiritual growth of seekers and benefit the society.

SRMD Australia began in 2013 and over the five years, it has grown to become a registered non-profit organization.

“I am happy to learn that our community co-exists wonderfully with other communities in this multicultural Australia.

“I also learnt about the contribution you all make to the Australian economy. And I am also glad to hear that the Indian community is regarded very high here.”

While speaking on Gandhi, Sona said, “When His Holiness the 14th Dalai Lama visited India during Buddha Jayanti celebration at the age of 21, His Holiness was moved by two things, the ancient Indian tradition and Mahatma Gandhi’s freedom movement through Ahimsa (non-violence).”

Further Sona lauded the SRMD for its activities like organ and blood donation, feeding homeless people and instilling value based education to young children and preserving the rich Indian culture abroad.