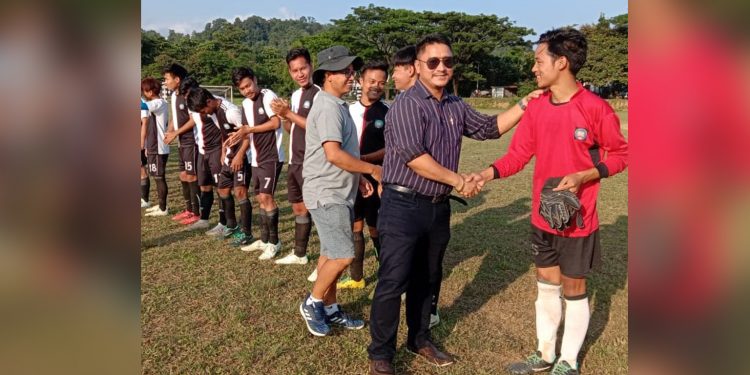 Defending champions Department of Physical Education (DoPE) and Science United have made it to the finals of the University Soccer League-2019.

The tournament is currently being played at the Rajiv Gandhi University (RGU) in Itanagar.

DoPE defeated the team from Department of Commerce by 3 goals to 2 to cement their place in the finals for the second consecutive year.

Science United got the better of the Physical Education team and won the match by 2 goals to 1, a repetition from what happened last year at the same stage.

Science United is the only team to have featured in the finals of all the editions of the tournament.

Science United has won the competition in the first and third edition in 2016 and 2018 respectively.

The finals of the competition will be played on Tuesday.

Basar legislator Gokar Basar is expected to attend the finals as chief guest.