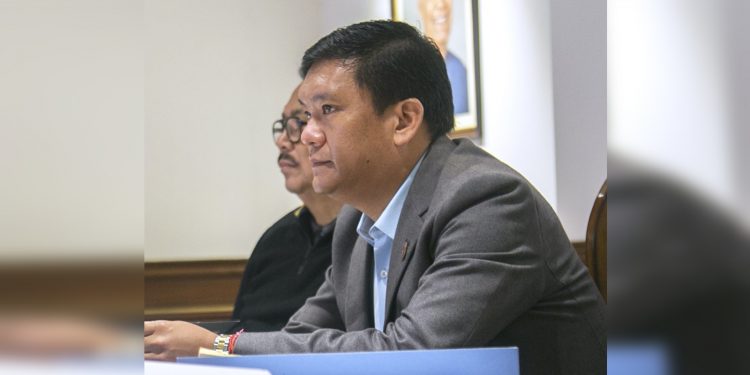 In a meeting with a citizen’s group fighting for justice and reformation in APSSB, the chief minister informed that the commission will investigate for any irregularities in following the standard operating procedure while conducting the recent LDC/JSA combined recruitment examination.

If any lapses found, the concerned higher officers responsible for such in compliance will be liable for immediate administrative actions, said Khandu.

He also informed that the inquiry commission will have terms of reference for the probe and will be asked to submit their findings within few weeks.

Also on account of APSSB facing allegation of job scam, the chief minister said the recently conducted examinations for recruitment for LDC/JSA will have to be cancelled.

Khandu further informed that reports are being sought on daily basis on the findings of Special Investigation Cell (SIC) on the alleged job scam.

He said since the matter is serious, all political parties in unanimity had sought stringent punishment for the culprits involved during a recent all party meeting.

The chief minister called upon the citizen groups to actively work with the APSSB to point out any loopholes and suggest changes for a robust and fair selection process in the jobs recruitment examination.

He said the government’s intention is clear – to cleanse the system else there is no meaning in occupying the chair.