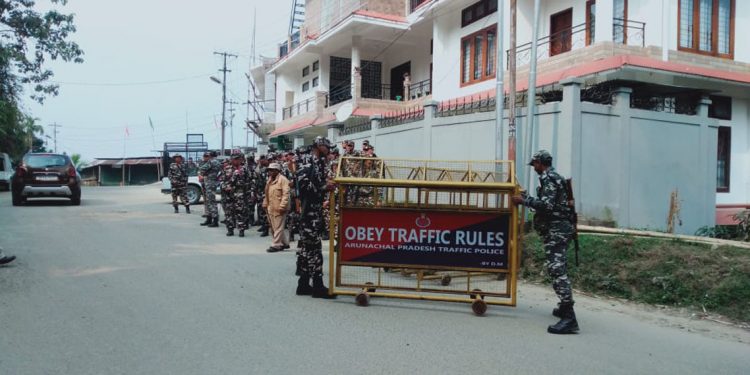 Ringu is an accused in the Arunachal Pradesh Staff Selection Board (APSSB) recruitment scam.

The SIC, which is probing the alleged anomalies in recruitment examination conducted by the APSSB, said that a section of candidates paid money to Ringu to secure jobs. The SIC arrested Ringu on February 22.

It, however, did not reveal the total amount of money that exchanged hands in the cash-for-jobs scam.

The investigation  team has so far arrested five persons, including Senia Bagang (a candidate), Mongam Basar (a private individual), and two data entry operators of APSSB, Tame Tania and Khem Raj, in this case.

They were arrested after a suspicious optical mark recognition (OMR) sheet of a candidate was widely circulated on social media for which the board came under public criticism.

Several candidates, who appeared in the examination, had alleged that Senia Bagang, the examinee whose OMR sheet went viral, had submitted the blank answer sheet, though he was shortlisted for the skill test.

The SIC is trying to find out the number of candidates who paid money to Ringu and Mongam and the investigation is still on to figure out various other aspects of the case, Vardhan said.