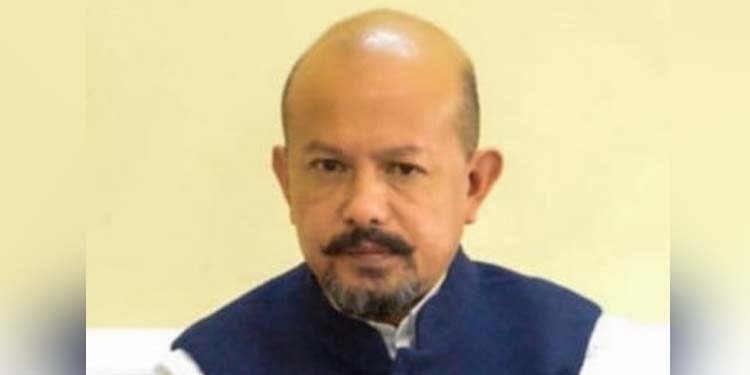 Pasighat East MLA Kaling Moyong has been appointed as the spokesperson of the Arunachal Pradesh.

The women and youth wings of Adi Baane Kebang have thanked Arunachal Pradesh chief minister Pema Khandu for appointing Moyong as the spokesperson of the state government.

A delegation of the youth wing of Adi Baane Kebang, led by president Joluk Minung on Thursday called on chief minister Khandu and thanked him for appointing Moyong as the government spokesperson along with 3 others.

The Pasighat East BJP Mandal president, Asar Padun has also expressed his joy over the appointment of Moyong as the government spokesperson.

Padun expressed hope that the appointment of Moyong is a matter of pride for the Pasighat East constituency.
Pasighat East MLA Kaling Moyong has also thanked the chief minister for giving him the new responsibility.

“I wish to extend my deepest respect and appreciation to His Excellency the Governor of #ArunachalPradesh and Hon’ble Chief Minister @PemaKhanduBJP Ji for bestowing their trust in me and appointing me as one of the #Government Spokesperson,” Moyong tweeted.

Meanwhile, a delegation of the women wing of the Adi Bane Kebang, led by its president Olen Megu Damin met Lok Sabha MP from the East Arunachal, Tapir Gao on Thursday.

During the meeting, the women wing of the Adi Baane Kebang informed the MP about its initiative to re-introduce and promote the traditional shawl of Adi ‘Kuyet’ among modern day Adi society as the traditional wears of Adis are gradually fading off.

The women wing of the organisation requested Gao to take up the matter of recognition of martyrs of Anglo Abor Wars at the central government level.