It is a modified form of Prime Minister Surakshit Matritwa Yojana, which ensures zero mortality of pregnant mother and neo natal babies 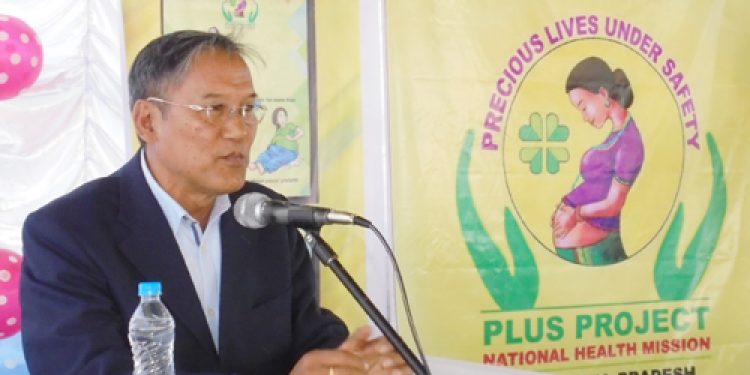 An ambitious health project Precious Lives under Safety (PLUS), initiated by Arunachal Government was ceremonially launched in its five districts on Friday.

He said that about 50 percent registered pregnant women in the state gives birth out of government hospital under various reason, but the new project would facilitate them to come to government hospitals for at least four times ante-natal check up and hospital delivery.

“The district health department will conduct one camp at CHC level every month to provide the medical facility to the target beneficiaries, wherein various facilities such as ADHAR enrolment, opening of bank account to avail financial benefits and other services be given at their door steps through single window”, said Dr Padung.

The nodal officer also informed that his department has constituted Sub-centre level team including its ANM (Nurse), ASHA and Anganwadi Worker to identify pregnant mothers and forward them to CHC for registration and avail the scheme benefits under various medical schemes.

Speaking at the occasion, East Siang DC Tamiya Tatak asked the pregnant mothers to go to government hospitals without hesitation and take pre and post delivery medical cares. He also appealed the Gaon Burahs and local leaders to help the health worker for successful implementation of the scheme.