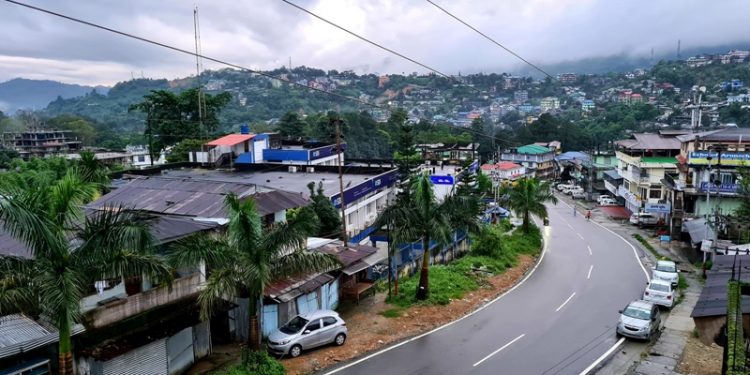 Following the extension of lockdown in the Itanagar Capital Region (ICR) for seven more days, the district administration on Sunday issued a few new guidelines to regulate different activities during the period.

Speaking to media persons at his office here, ICR deputy commissioner, Komkar Dulom, said “though the government has given relaxation on the opening of shops in sectors and colonies, the same would, however, be regulated.”

“The ration, grocery, vegetable and meat shops can stay open from 9 am to 5 pm starting July 13, but on alternate days. The shops would be allowed to open on July 13 and 14 and then remain closed on July 15-16. The vendors and shopkeepers can again open their shops on July 17, however, they would remain closed on July 18 and 19,” the DC said.

The DC said the regulation is being applied so as to restrict the movement of people and confine them to their respective colonies and sectors during the lockdown.

“Doing this would also help us contain the cases, if any, in the particular sector or colony,” he said

The DC said ICR has witnessed a big spike in the number of active Covid-19 cases in the past 2-3 weeks.

“The virus is coming out from the quarantine centers and everyone now is its potential carrier, so we have to confine ourselves to our homes for one more week,” Dulom said while appealing to the people to extend their cooperation to the administration and frontline workers.

He said except for the shops at colonies and sectors all other shops and markets shall remain closed during the lockdown period.

In regards Covid-19 tests and contact tracing, Dulom said “the process is in full swing”.

The DC further informed that the state and central government employees from other parts of India who are posted in Arunachal would be allowed to enter the ICR; however, they would have to strictly follow the laid down SOPs.

The government has further allowed the movement of all heavy vehicles through the Banderdewa check gate in view of the monsoon, the DC said.

The Arunachal Pradesh government had on Saturday announced to extend the lockdown in the ICR for another week till July 20 keeping in view the spurt of Covid-19 cases in the region.

A week-long lockdown which was imposed in ICR that consists of Itanagar, the state capital, Naharlagun, Nirjuli and Banderdewa and in Doimukh in Papum Pare district on July 6 last was scheduled to end at 5 pm on Monday.

The number of Covid-19 positive cases has, however, continued to rise in the ICR despite the lockdown.

The region as on July 11 has a total of 119 active cases, the highest in the state.

Arunachal at present has 220 active cases, while 125 people have recovered from the disease so far. The state has registered two Covid-19 related deaths.