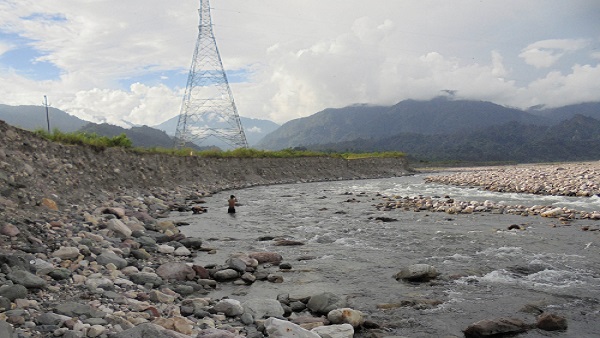 Erosion by Siang river on its left bank has posed a serious threat and rendered ten families homeless at Serum village (Mebo) in East Siang district of Arunachal Pradesh.

Report from Mebo said several acres of grassland at Sigar, Borguli, Srum, Namsing and Mer villages on its left bank have been eroded by the Siang river within a couple of months. However, the government has not initiated any anti-erosion measure to save the people from severe erosion.

On the other hand, turbulent Siku river flowing down between Ayeng and Mebo is taking serious turn on its right bank. Constant erosion by the river is also posing a threat to high intensity electric pole of 132 KV Pasighat-Roing tower line erected on its right bank.

It is worth mentioning that over flowing water of the river in monsoon washed away the RCC bridge over Siku river and disrupted road communication along National Highway 515 for several consecutive years.

Mebo MLA Lombo Tayeng, who is also adviser to Arunachal chief minister, has visited the erosion affected sites in his constituency on Monday and took stock of the situation. Tayeng distributed fifty thousand rupees and CGI sheets among the affected families as primary relief and assured to grant more fund under the state’s disaster relief fund for procurement of housing materials.

Tayeng, who was accompanied by local BJP leaders during the visit, informed he has apprised the alarming situation to chief minister Pema Khandu and pleaded him to take up effective anti-erosion measures to control river erosion in Mebo area.

“I have informed the matter to the chief minister and requested him to send a ministerial team to visit the area and asses the loss and damages caused by Siang river erosion,” he said.  Siang, which is flowing amidst Daying Ering Memorial Wildlife Sanctuary, is posing a serious threat to safe existence of the wild animals there.